by Mihai Andrei
in Physics, Science
Reading Time: 2 mins read
A A
Share on FacebookShare on TwitterSubmit to Reddit

The amazing properties of graphene are being put to use more and more, as Evan Reed and Mitchell Ong from the Stanford School of Engineering have described a new way of engineering piezoelectrics into graphene. The study was published in the ACS Nano Journal.

When you apply a mechanical stress to certain materials, such as crystals, ceramics, or even biological materials, they become electrically charged, and this property is called piezoelectricity – basically, it is electricity resulting from pressure. Using this effect, their work extends engineering control to the nanoscale for the first time. Reed explained that the proportions of the applied pressure directly varies with the electrical field, and this approach might be the key to manipulating electronics at the nanoscale, and this phenomenon can bring a revolution in the field of straintronics. This is where graphene steps in. 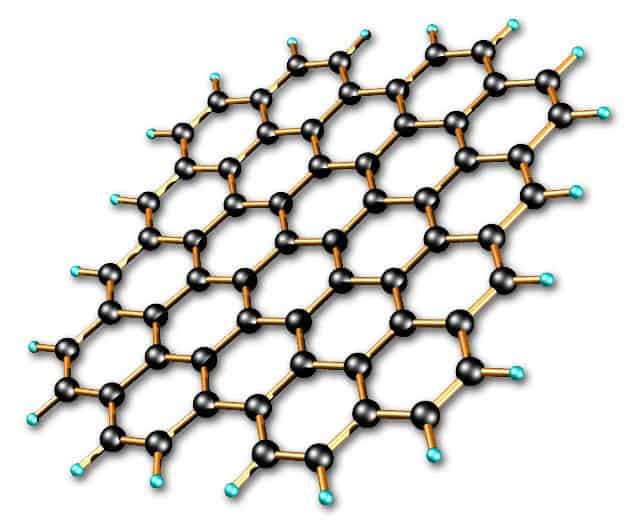 Graphene, which is basically a one-atom thick layer of carbon may offer an unprecedented degree of control over optical, electrical and mechanical properties for applications such as nanoscale transistors and touchscreens. In order to measure the piezoelectric field of graphene, they simulated graphene doped with fluorine, potassium, hydrogen, lithium and combinations of fluorine and lithium and fluorine and hydrogen on either sides. Researchers were absolutely surprised with the results, reporting that the effect of the 2D graphene were practically similar to those of 3D materials.

Based on these positive results, scientists hope they can continue their studies, which can have a number of applications in a number of fields, including electronics, chemical sensing, energy harvesting, photonics and many, many more.