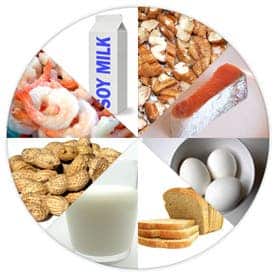 A new study has shown that most people who think they have food alergies (over 80% in fact) actually don’t suffer from such problems. This has taunted some doctors for years and years, and AOL Health looked into this misdiagnosis. The study concluded that it is in fact a number of factors that lead to this dramatic overestimation of this condition.

“When someone is allergic to something, their immune system responds the way it might if it were infected with a parasite,” says Hugh A. Sampson, professor of pediatrics and dean for translational biomedical sciences at the Jaffe Food Allergy Institute at the Mount Sinai School of Medicine Department of Pediatrics.

However, this can often be hard to detect, because symptoms are not extremely clear most of the time and responses can be misinterpreted. However, testing is not the main issue, as researchers point out.

“The problem is not with the test,” says Sampson, whose own food allergy research has yielded results similar to those of the NIAID study. “The test is good at telling us whether someone has an allergic antibody, but the test then needs to be interpreted as to whether or not the individual will actually react.”

Most things remain unknown about allergies, but this researcher has pointed out that a more thorough examination of the patient is in order before making him take on a food challege, which is often time consuming and unpleasant. Read the rest of the study here.