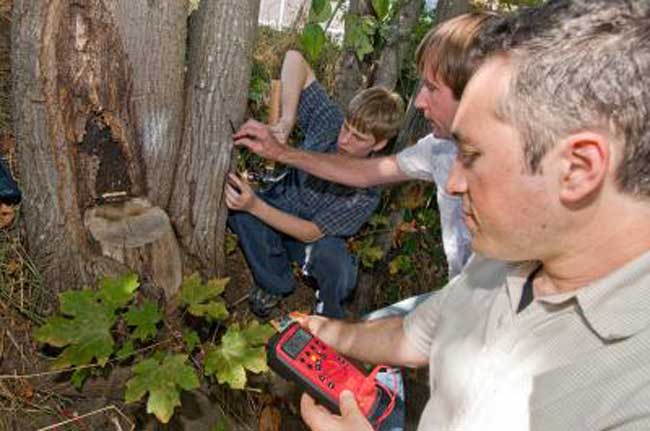 Researchers have figured out a way to ‘plug’ into electrical power generated by trees.

It has been a well known fact for years that plants can conduct electricity (humans can too, take care kids), and now scientists from MIT found out just how much they can pack up: 200 millivolts of electrical power (=0.2 volts).

The lemon and potato battery experiments are already notorious, but this is something else.

“We specifically didn’t want to confuse this effect with the potato effect, so we used the same metal for both electrodes,” said Babak Parviz, a professor of electrical engineering at Washington University and co-author of the study.

They found out that a maple leaf for example can generate a steady voltage of more than a hundred milivolts. However, in order to become practical, a much higher voltage would be necessary, so researchers built a boost converter capable of picking up really little voltages and storing them and then producing a greater output. 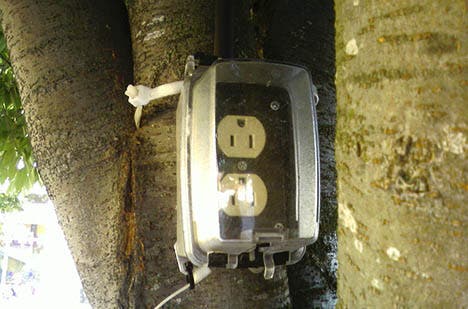 By hooking the device to a tree using electrodes they were able to generate an output voltage of 1.1 volts, which is not really much more than a promising start, but it’s enough for low power sensors. The full study will be published in the upcoming issue of the Institute of Electrical and Electronics Engineers’ Transactions on Nanotechnology. It’s not really as practical as other options, but it could prove to be quite significant especially for different types of sensors.

“Normal electronics are not going to run on the types of voltages and currents that we get out of a tree.” Parviz said. “As new generations of technology come online, I think it’s warranted to look back at what’s doable or what’s not doable in terms of a power source.”