Despite several setbacks and technical difficulties, the Large Hadrdon Collider is already starting to live up to it’s nickname, the Big Bang machine. Researchers have pinpointed what may very well be the dense, hot state state of matter that is believed to have filled the Universe during its first nanoseconds. 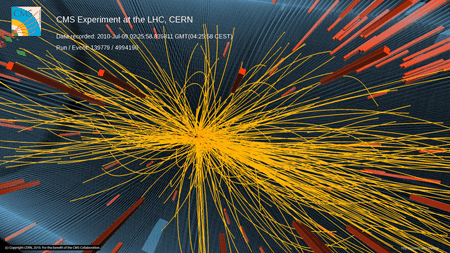 Generally speaking, quarks are bound together in groups of two or three, stuck together by gluons. However, right after the Big Bang, it was so hot that the quarks broke free, and the matter became a free flow of quarks and gluons.

In the snapshots taken from LHC’s detector, a flow similar to this has been observed.