by Mihai Andrei
in Physics, Studies
A A

Since the Large Hadron Collider went back in business, all sort of rumors have been circling the scientific circles (and not only). However, until these rumors are proven wrong or right, the first official paper on proton collisions from the Large Hadron Collider has been published in this week’s edition of Springer’s European Physical Journal C. . 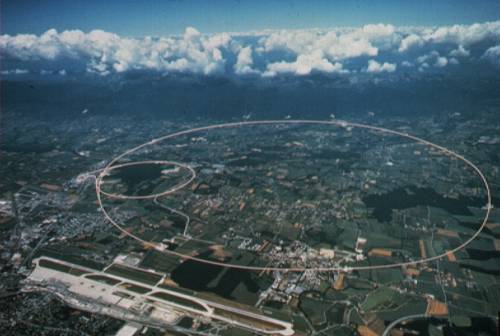 Designed to reach the highest energy ever explored in particle accelerators, it features a circular tunnel with the circumference of 27 km. Since it’s been recommissioned, a total of 284 collisions have been recorded, all of which have been analyzed and interpreted. The researchers have been able to determine what is called ‘pseudorapidity density’ (the average number of charged particles that are emitted perpendicular to the beam direction. The goal of this was to compare the results with those obtained in the case of proton-antiproton collisions that took place in the same conditions.

The paper was published by ALICE (a Large Ion Collider Experiment that brings together authors from 113 institutions). As well as the actual results, the paper also explains how their detecting and analyzing system works. The results are not only consistent with earlier measurements, but they also fit the theoretical model produced by researchers.

Dr. Jürgen Schukraft from CERN and ALICE spokesperson said: “This important benchmark test illustrates the excellent functioning and rapid progress of the LHC accelerator, and of both the hardware and software of the ALICE experiment, in this early start-up phase. LHC and its experiments have finally entered the phase of physics exploitation.”