Only in the US: say that dinosaurs and humans lived side by side, get good grades

If you’re in a biology class in Europe, and you say that humans appeared on the Earth a few thousand years ago, or that they lived side by side with dinosaurs – you’re gonna get an F. It doesn’t matter if you’re from France, Spain, Russia or Albania, you’re gonna get an F; but in the US, religion often crosses the line and jumps into science’s yard. Now, in Oklahoma, the Common Education committee is expected to consider a House bill that would forbid teachers from penalizing students who turn in papers attempting to debunk virtually universally accepted scientific theories such as biological evolution and climate change. 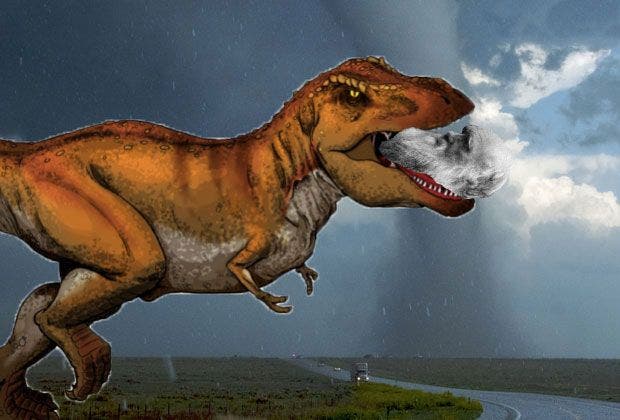 Gus Blackwell is the guy who proposed this idea; to be honest I didn’t know the man, but a quick Google search told me he’s a Republican, religious man, tied to several oil and energy companies based in Oklahoma – this pretty much ties things together. So what does he want, aside from battering out science from the education system? Well here’s what he claims: 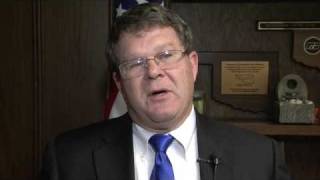 “I proposed this bill because there are teachers and students who may be afraid of going against what they see in their textbooks,” says Blackwell, who previously spent 20 years working for the Baptist General Convention of Oklahoma. “A student has the freedom to write a paper that points out that highly complex life may not be explained by chance mutations.”

Teachers and students are afraid to go against what they see in the text books, wow! Seriously? So teachers should just go by what the Bible says then, and just ignore centuries of research. If this bill passes, students will be able to make all sorts of claim based purely on their religious beliefs, and teachers will be forced to accept them, and grade them positively. The same goes for climate change – it’s just an unproven theory, nothing more… seriously?!

“An extremely high percentage of scientists will tell you that evolution doesn’t have scientific weaknesses,” says the NCSE’s Meikle. “If every teacher, parent, and school board can decide what to teach on their own, you’re going to have chaos. You can’t deluge kids with every theory that’s ever been considered since the beginning of time.”

Now, in all seriousness, these people want to take science as far away from the classroom as possible; why? Because uneducated people are much easier to manipulate than educated people. They want your kids, tomorrow’s generation to be kept in the dark. Nobody says we know how it all happened, nobody says we have it all figured out, but the moment you stray from the road of logic and scientific education is the moment you start your decline. The US especially is walking a very fine line, and one that many, such as mr. Blackwell want to cross. Don’t let them do that, people! Education is the most valuable commodity that we have at the moment.