by Mihai Andrei
in Renewable Energy, World Problems
Reading Time: 2 mins read
A A
Share on FacebookShare on TwitterSubmit to Reddit

Negotiating an official climate change pact is an extremely high-stake game, not only due to the threats posed to our entire civilization, but also because re-engineering the global economy to a low-carbon model will redirect a massive, multi billion dollar sum towards different sources. 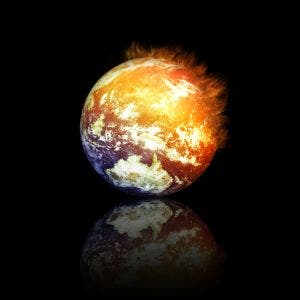 Of course, behind all the “save the planet” rhetoric lies the mucky realpolitik: money and threats buy political support, while cyberespionage is used as a way to seek leverage.

“The elites continue to discredit themselves at every opportunity,” South African Professor Patrick Bond, the director of the Centre for Civil Society at the University of KwaZulu Natal in South Africa, told IPS. “The only solution is to turn away from these destructive conferences … and build the world climate justice movement and its alternatives.”

Seeking to gain as much negotiation advantage as possible, the US state department sent a secret cable on 31 July 2009 seeking human intelligence from UN diplomats across a range of issues, including climate change. Diplomats were asked to provide evidence of UN environmental “treaty circumvention” and deals between nations and negotiate certain wanted positions.

But this was just the first stone; on 19 June 2009, the state department sent a cable detailing a “spear phishing” attack on the office of the US climate change envoy, Todd Stern, while talks with China on emissions took place in Beijing. Here’s how this goes: five people received emails, personalised to look as though they came from the National Journal. An attached file contained malicious code that would give complete control of the recipient’s computer to a hacker. This specific attack was unsuccessful, but it is by no mean a singular one.

The point was to get as many countries as possible to back US interests; a massively offensive diplomatic campaign was launched, leaving the Copenhagen summit in ruins. It deeply saddens me to write news like this, which seem to be taken out of bad spy movies, but apparently, this is the reality we live in, so whenever you read or hear something about climate change negotiations, bare in mind that behind the rhetoric, many shady things happen.