No, people, Oreos are not as addictive as drugs!

A recent study was picked up a lot by the media, claiming that “Oreos are as addictive as drugs“. Just to get that out of the way as soon as possible, this headline, as flashy and attractive it is, is flawed. I’ll explain why in this post. 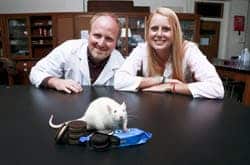 The first paragraph from their press release goes like this:

Connecticut College students and a professor of neuroscience have found “America’s favorite cookie” is just as addictive as cocaine – at least for lab rats.

Professor Joseph Schroeder and his students found some similarities between the rats brains who were eating Oreos and those who were consuming cocaine or morphine. Specifically, eating Oreos activated more neurons in the brain’s “pleasure center” than the above mentioned drugs.

“Our research supports the theory that high-fat/ high-sugar foods stimulate the brain in the same way that drugs do,” Schroeder said. “It may explain why some people can’t resist these foods despite the fact that they know they are bad for them.”

Ok, that’s one thing – there is a similarity between drugs and Oreos, in that they stimulate the brain in the same way (sort of). Why? Well, there’s a simple evolutionary explanation for that: your brain is hardwired to like eating high-fat and high-sugar foods; since Oreos have twice more sugar than most similar products, it’s easy to understand why your brain likes them. There was a massive evolutionary incentive to eat high-fat and high-sugar things, because those were the most likely to ensure nutrition and that’s why, at least partially, you like eating sweets and fatty foods. Nothing special about the cookies themselves, the same principle (more or less) applies to other similar sugary foods.

Why Oreos are not as addictive as drugs 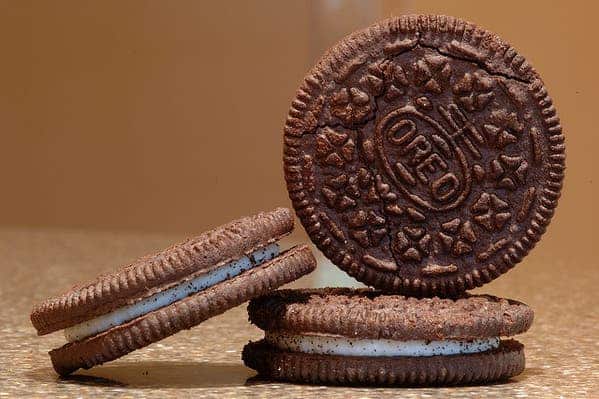 In the study, they put rats in a maze and showed that they spent the same amount of time on the side where they were awarded with sugary food compared to the side with not-pleasure (that is bland food) compared to the side of the maze where they were awarded with pleasure (via drugs) vs not-pleasure (that is, not drugs). Interesting, but you can’t really go on saying this shows Oreos are like drugs.

Basically, there are some strong similarities, but that’s not enough to back up the initial statement.

“This correlated well with our behavioral results and lends support to the hypothesis that high-fat/ high-sugar foods are addictive,” said Schroeder.

This being said, the reason we like Oreos in the first place is because is because they’re so sweet, they’re really bad for you.

“Even though we associate significant health hazards in taking drugs like cocaine and morphine, high-fat/ high-sugar foods may present even more of a danger because of their accessibility and affordability,” she said.