Whatever your drinking strategy is, you’ll get equally hungover

If you want to avoid hangovers, simply look for red flags, researchers say.

“Beer before wine, you’ll be fine; wine before beer, you’ll feel queer” — similar variations of this advice are passed down in surprisingly many cultures. There’s the French (Bière sur vin est venin, vinsur bière est belle manière), the German (Wein auf Bier, das rat ich Dir — Bier auf Wein, das lass sein), and even the Romanian (Berea dupa vin e un chin) version. But does the folk saying actually have any truth to it? A new study says ‘no‘ — it doesn’t really matter in what order you have your drinks, you’ll still get equally drunk and equally hungover. 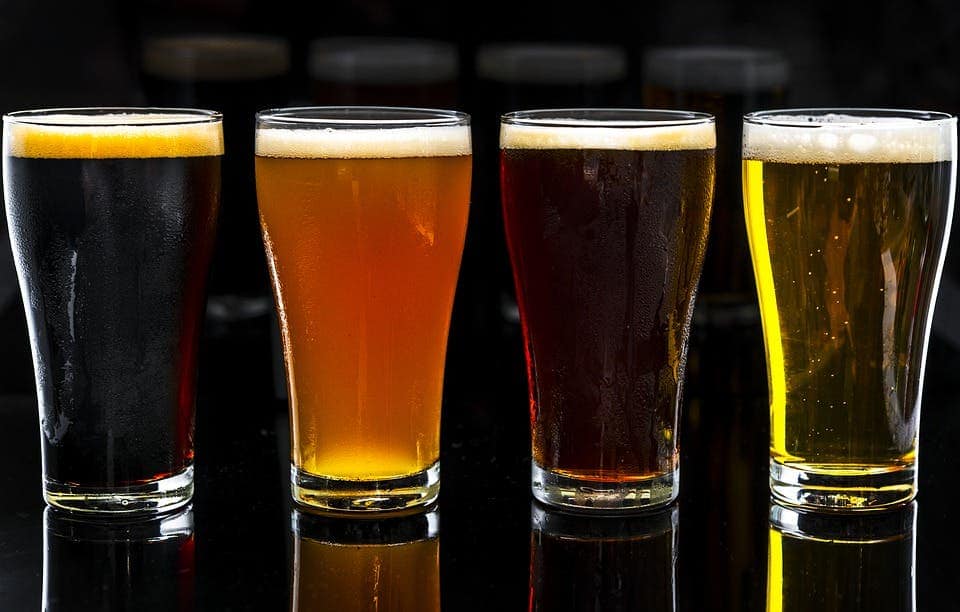 Most of us are familiar with the scourge of hangovers — perhaps too familiar. But despite all this, hangovers remain somewhat of a mystery: we don’t know what they are or even how to manage them.

“Alcohol-induced hangover constitutes a significant, yet understudied, global hazard and a large socio-economic burden,” researchers write in a new study.

Kai Hensel, M.D, has been thinking about hangovers for a long time. Not because he has a history of them, but because he wanted to see how accurate folk sayings about hangovers really are. In particular, he was curious about the different variations of “grape or grain, but never the twain” (twain being an archaic term for “both”).

He sought advice from older professors, scoured the literature, but couldn’t find any information. So he came up with a plan. After carefully laying out a study design and seeking ethical approval, he got 90 volunteers drunk — for science.

The study was simple but ingenious in its approach. The participants were split into two groups. The first group consumed two and a half pints of lager beer (graciously donated by Carlsberg), and then had four large glasses of white wine. The second group had the same but in the opposite order, while the third group was a control group, only drinking either wine or beer. A week after the first drinking session, participants were asked to come back and switch the drinking order, and they were also asked to grade how hungover they were. Hangover intensity was scored on an 8-item compound score (including thirst, fatigue, headache, dizziness, nausea, stomach ache, tachycardia, and loss of appetite)

The results were very telling: there was basically no difference between how hungover the different groups were. So regardless of wine before beer or beer before wine, people were equally drunk and equally hungover. Just because it rhymes doesn’t mean it’s true — who knew?

Instead, the only predictor of how hungover people were the next day was how drunk they got. For instance, women had more and stronger hangovers, something which is in line with previous research.

“After doing all the blood tests, urine tests, and the marginal regression analysis, the only thing that was actually a predictor of a hangover the next day was the participants feeling drunk,” Hensel pauses, “and then vomiting.”

Another saying is that you shouldn’t mix drinks — but this also turned out to not be the case. Vomiting occurred more often in the control group (6 for wine only and 5 for beer only than in the study groups (4 in total for both groups). More women than men vomited both on study day 1 (5 to 4) and on study day 2 (8 to 4).

There was substantial difference between participants. Different people have different hangover predisposition, depending on body mass, individual tolerance, and habituation to alcohol intake. Colorings, flavorings, and sugar can also make hangovers more severe. But tactical drinking is not a thing, researchers warn.

“Although this should rob tactical drinkers of the belief that they can reduce the aftereffects of a heavy night out by careful ordering of beverages, our findings suggest that “perceived drunkenness” and “vomiting” are useful predictors of misery in the morning after the night before. Furthermore, this is in line with the recent observation that no level of alcohol consumption improves health,” the study concudes.

Researchers say that the best thing to do in order to avoid hangovers is to look for red flags. Drinking too much alcohol is associated with severe dehydration (so it’s always good to have some water when drinking a lot of alcohol), but essentially, if you want to not feel bad the next day, you should realize when you’re drunk and stop drinking. Of course, the irony is (as drunken people all around the world can attest) that realizing you’re drunk is pretty much the hardest thing to do when you’re drunk.

Hensen also discussed another strategy employed by some drinkers: the pre-emptive puking. There is some merit to it, he says, but if you’ve reached that point, you’re in trouble anyway.

“If you arrive at a point where you need to be sick you’ve probably passed the point of no return,” he added.

The study “Grape or grain but never the twain? A randomized controlled multiarm matched-triplet crossover trial of beer and wine” has been published in The American Journal of Clinical Nutrition.