by Tibi Puiu
in World Problems
A A 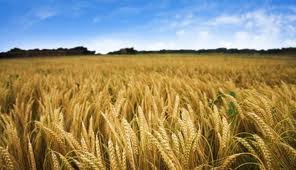 Researchers at the  Cambridge-based National Institute of Agricultural Botany have cross-bred an ancient species of wheat with a modern variant to produce a new strain that is not only stronger (i.e. more resistant to pests), but which also yields a higher productivity. Preliminary tests found the ‘superwhat’ could outperform modern wheat variants by as much as 30%.

The new wheat species was developed using cross-pollination and seed embryo transfer technology to transfer some of the resilience of the ancient ancestor of wheat into modern British varieties. It’s important to note, thus, that no genetic modification of the crops was performed.

Even so, current regulations in the UK mandate  at least five years of tests and regulatory approval before it is harvested by farmers. Farmers believe these regulations to be strict in light of an ever growing demand for food and cereals in particular. One in five of all the calories consumed round the world come from wheat, and in the last 15 years little improvement in harvesting output per acre have been made.

‘This year our crop had a 30 per cent better yields, which took us a bit by surprise,’ said Dr Tina Barsby, from the chief executive and director of NIAB. ‘Although to is in the early stages, we are very optimistic.’

‘In the past decade, our wheat yield had started to plateau off and we needed another increase in productivity to meet demand.

‘It is about finding novel characteristics from the original ancestors of wheat and breeding them to make them as productive and resilient as possible.’ Dr Barsby said the technique involved breeding selected species of wheat and grass, and that no GM-technology was involved.

‘You can sometimes become too focused on one technology like GM and not look at other techniques that can bring you similar success,’ she said.