Most recently, Bill Nye is famous for his viral debate against against Ken Han on creationism. The debate inspired him to write a best selling book tackling the subject called “Undeniable: Evolution and the Science of Creation”. In one of his chapters, Nye argues against genetically modified organisms since their long lasting effects on the ecosystem can’t be predicted and might be harmful. In the meantime, however, it seems like he changed his mind. Backstage after an appearance on Bill Maher’s “Real Time,” Nye said an upcoming revision to his book would contain a rewritten chapter on GMOs.

“I went to Monsanto,” Nye said, “and I spent a lot of time with the scientists there, and I have revised my outlook, and I’m very excited about telling the world. When you’re in love, you want to tell the world.” 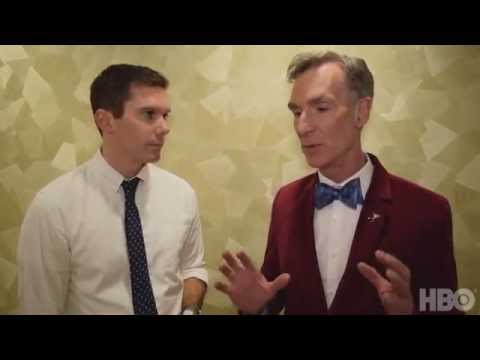 Virtually all crops, vegetables and fruits we grow today are genetically modified organisms. There are few wild varieties available today, and if you can find any you’ll notice these contain a lot more seeds or are less tasty. It’s true however that our tomatoes and carrots, while nothing like their wild cousins, have been bred through natural selection over a long time, some since the advent of agriculture 10,000 year ago. Artificial selection, or modern GMOs, breeds new crops which have modified genes or new genes coming from foreign species altogether to help these have higher yields, resist pests, hold new nutrients (like Vitamin A for Golden Rice). This makes food cheaper, because farmers can grow more, and arguably healthier since less pesticides, fungicides, and the likes are used. Nye’s concerns laid in the fact that’s difficult to assess their impact on human health and ecosystems. This sort of rhetoric has earned him a bad time with food and genetic scientists because the same can be said about “normal” crops that are naturally selected. As University of Florida plant scientist Kevin Folta recently argued, Nye was being hypocritical: “Your logic and reasoning match the fallacies of climate and evolution deniers, the people you correctly criticize.”

Nye has since changed his mind. He’s been poor with details, but he did hint that he’ll explain himself in the revised, upcoming new edition of his book slated for fall.