We need as many of these stories as we can get.

While most countries are struggling to reach their renewable energy targets, others are breezing past them. Thanks to both its geography and impactful policies, Sweden is set to achieve its 2030 goals in mere months. 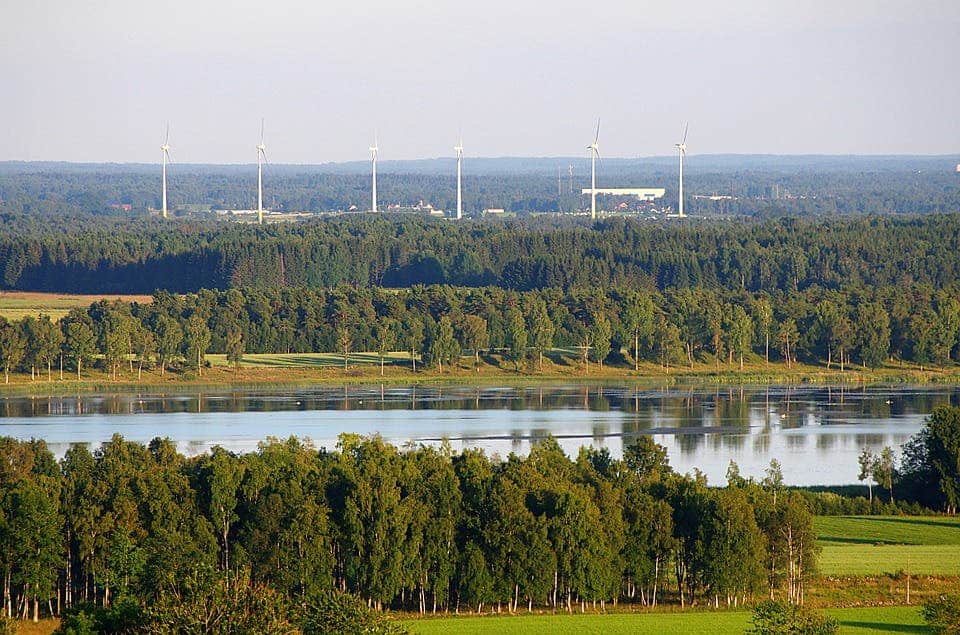 In 2012, years before the Paris Agreement, Norway and Sweden signed a joint agreement to increase production of electricity from renewables by 28.4 terawatt hours within eight years. It only took a few years for Sweden to realize it was ahead of schedule, and in 2017, it increased its target, aiming to add another 18 TWh by 2030. Lo and behold, once more, Sweden is moving much faster than anticipated and now there’s a good chance it will reach the 2030 goal in mere months — maybe even by the end of the year.

Sweden consumes about 150 terawatt-hours of electricity per year, out of which around 16 were provided by wind energy. But while the country generates just over 10% of its electricity from wind, that figure rose up dramatically in the past years, from 5% in 2012 and 2% in 2010. This very increase in wind energy is one of the main drivers propelling Sweden’s renewable targets forward.

According to the World Economic Forum, if things continue as planned, there will be 3,681 turbines functioning in the country by the end of the year. The turbines will have a capacity of 7,506 MW and an estimated annual production of 19.8 TWh. All in all, there are 15.2 TWh of renewable energy projects in construction today, and of them, 11.6 TWh is wind power, says Markus Selin, analyst at the Swedish Energy Agency. So most of the new energy coming in is wind power.

But this is only the start of the road for Sweden. Sweden already has a cross-party agreement to achieve 100% renewable energy production by 2040, and the figure is already hovering around 57%. The country has also set a target of net zero emissions of greenhouse gases by 2045.

It’s not like the rest of the European Union is doing particularly poorly. According to the Paris Agreement, all EU countries have agreed to achieve 20% final energy consumption from renewable sources by 2020. Most of the countries are well on target or have already achieved this, but very few can compare to Sweden’s performance. So how is this happening, why is Sweden doing so well?

Certainly, the country’s geography helps. It’s mountainous and rainy, which amount to great opportunities for hydropower. Sweden also invested heavily into nuclear power, drawing 35% of its electricity from 10 nuclear reactors.

The fact that the country has a booming economy and an active, environmentally conscious country also goes a long way. But at the end of the day, this almost certainly wouldn’t have been possible without a healthy governance.

Of course, Sweden still has to find a way to manage this growth and ensure that the transition to a green grid carries on smoothly. It’s by no means an easy task, as neighbouring Denmark has recently learned — but so far, things are looking good.