by Mihai Andrei
in Environment, Green Living
Reading Time: 2 mins read
A A
Share on FacebookShare on TwitterSubmit to Reddit

The Governor of the Honolulu county signed the law passed by the local council, banning plastic bags altogether – thus making Hawaii the first state ever to do so. 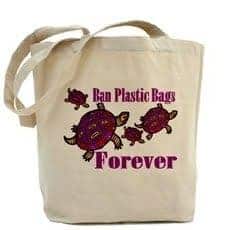 There are four counties in Hawaii – and all of them set a great example together; the thing is, this was not done by state legislature, but instead, each of the four counties voting the same thing, showing just how big an impact local activism can have.

The City and County of Honolulu was the last county to ban plastic bags, after Maui and Kauai counties already have plastic bag bans in place while Hawaii County passed an ordinance that will take effect next year – and it’s already made a difference. In Maui, the amount of plastic trash blowing around in the almost constant Trade Winds in the area near the main landfill has drastically decreased.

Of course, the usage of reusable bags has risen significantly, but the bad thing is that so has the usage of paper bags. Still, let us enjoy this victory and fine example, and spread the word to bring reusable bags when in Hawaii; hopefully, in time, education will allow even more improvements, and in the end, we will be using almost entirely reusable bags. The city of Seattle has also banned plastic bags, and so have Congo and Italy.