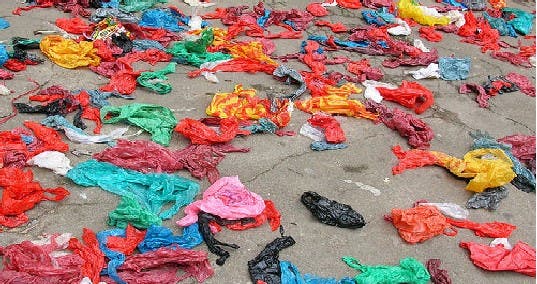 You probably don’t know it yet, but our planet has a major problem with plastic. I wasn’t able to find an accurate statistic of how much of this is caused by regular ordinary plastic bags that everybody uses, but it’s definitely a considerable number. After a laudable initiative taken on by the city of Seattle, others have followed on these footsteps, and we can only be pleased to see that happen.

Starting this year, the only plastic bags available in all of Italy will be fully biodegradable ones, as a ban of regular ones has already been announced. Italy was one of the ‘leaders’ in this category, being responsible for over 20 billion bags a year (one-fifth of all European use), so it will be pretty hard for them to quickly adapt to such a change, and some are worried they will really struggle with this.

“We are not prepared to face such a cultural change,” says Florence lawyer Giampaolo Pagnini. “We should take it slowly, because we do not have the cultural background to know how to deal with this. It took us ages to adapt to wearing a seatbelt when that law came into effect.” Antonella d’Antoni, who works for a bank in Rome, echoes the sentiment: “This is the same, it will take time.”

However, only time will tell if they can succeed in their laudable attempt. In the meantime, what can you do when you’re going to the supermarket and nobody is going to give you a plastic bag ? I’m gonna let brilliant Tim Minchin tell you.