by Mihai Andrei
in Environmental Issues, World Problems
Reading Time: 2 mins read
A A
Share on FacebookShare on TwitterSubmit to Reddit

As we told you on ZME Science a while ago, we are nearing a global coffee crisis – if today’s trends continue, computer models show that Arabica coffee will become extinct in 70 years. Still, the taste for the drink increases more and more, even as more and more shadow is cast on its supposed benefic properties. 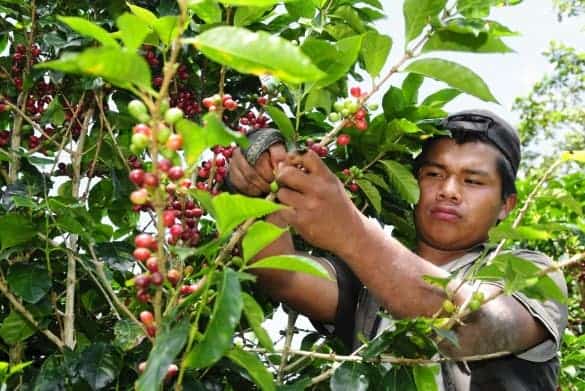 Consumers have apparently developed a taste for the strains grown at high altitudes. A passion for sipping the “Strictly Hard Bean” brew grown above 1500 meters has increased the prospects of several poor villages in South America, researchers Edward F. Fischer and Bart Victor of Vanderbilt found.

“Coffee is a little like fine wine,” explained Fischer, director of the Center for Latin American Studies and Professor of Anthropology. “When the bean gets stressed, the flavor is richer.” Fischer’s research partner in the study, “High-End Coffee and Smallholding Growers in Guatemala,” was Bart Victor, Cal Turner Center for Leadership and Moral Responsibility Professor.

At a first glance, this is nothing but good news. I mean, you won’t get rich doing this, but you can definitely escape poverty. The big good news for new coffee farmers is that big investors are unlikely to get tangled in such an affair (though that’s not impossible), because the Arabica crop, considered more flavorful, is more difficult to coax out of the land than the heartier Robusta plant grown at lower elevations. Again, this is good news, right? I mean, more advantages for the little guys, a niche for them to fill that won’t get covered up by major corporations. However…

Time has taught us something. We’ve destroyed most of the virgin forests already, we’re cutting deep into the Amazon for crops and wood, and huge coffee fields already cover areas which were once entire ecosystems. Who says this won’t happen again, though at a smaller scale, at higher altitudes? If this does indeed turn out to be a lucrative affair, more and more will start doing it, and it’s pretty easy to guess where that will lead. What will the villagers do?

“Will growers replant and wait three or five years for mature, productive plants? Or will they return to the basics, growing corn and beans? The next research project, with initial funding from a Vanderbilt Discovery Grant, will follow and study that process.”, said study co-author Edward F. Fischer

Hopefully, these decisions will learn from the mistakes of the past and move towards a more sustainable development.