Arabica coffee extinct in the wild in 70 years

Pack your bags and save the children ladies and gents, it’s the end of the world! A group of researchers suggests that the odds are wild Arabica coffee will go extinct well by the end of the century, dealing a devastating blow to the coffee industry. 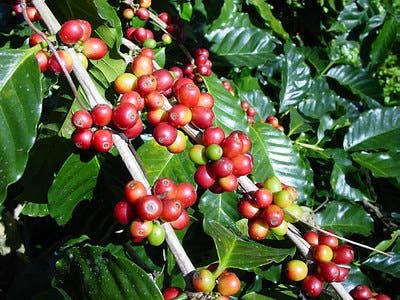 The study was conducted by researchers from the Royal Botanic Gardens, Kew (UK), in collaboration with scientists in Ethiopia and it concluded that climate change alone could lead to the extinction of Coffea arabica, which is considered crucial for the sustainability of the coffee industry due to its remarkable genetic diversity. Coffee plantations, while having bigger yields, are from very limited genetic stock and don’t have the flexibility and resilience to resist climate change, not to mention other threats such as pests and diseases – it isn’t as high quality either.

In Ethiopia, the largest producer of coffee in Africa, climate change will have a major impact on coffee cultures, the study suggests – a worrying prospect for the world’s most popular beverage, the second traded commodity in the world, bested only by oil.

The study used a computer model to simulate the evolution of the species, and it was the first time this approach was used for coffee; quite a surprising lack of studies, if you ask me. As a matter of fact, even studies on plantation coffee have been limited, despite growing concerns of farmers.

Two different types of analysis were conducted: a locality study and an area analysis. Both came out dire. In the locality study, the most optimistic outcome showed a 65% reduction in the number of pre-existing bioclimatically suitable localities, and at the worst, an almost 100% (99.7%) reduction for the next 70 years. In the area analysis, this were slightly better: the best outcome was a 38% reduction, and the least favourable a 90% reduction.

Computer models are practically never totally accurate, but they do give a pretty good idea about what is about to happen – it’s impossible to take into consideration every single factor, but the main factors play the most important role; in this case, the main issue was loss of optimum bioclimatic suitability places natural populations under severe environmental stress. A handful of other previous studies have already shown that coffee yields as well as beverage quality are linked to the climatic environment.

Justin Moat, Head of Spatial Information Science at the Royal Botanic Gardens, Kew believes this should raise some serious concerns, and believes this kind of study could be applied to more plants:

“The worst case scenario, as drawn from our analyses, is that wild Arabica could be extinct by 2080. This should alert decision makers to the fragility of the species. Our aim is to develop and apply these analyses to other important and threatened plants, on a routine basis. There is an immense amount of information held in museum collections around the world, such as Kew, and we have only just started to unlock their potential for assessing some of society’s most pressing issues.”

Research was published in PLoS one