How much coffee is too much? A new study shows 3 cups is maximum

The apparently evergrowing consumption of coffee and caffeinated products continues to worry scientists, and until now, a maximum safety level had not been established. 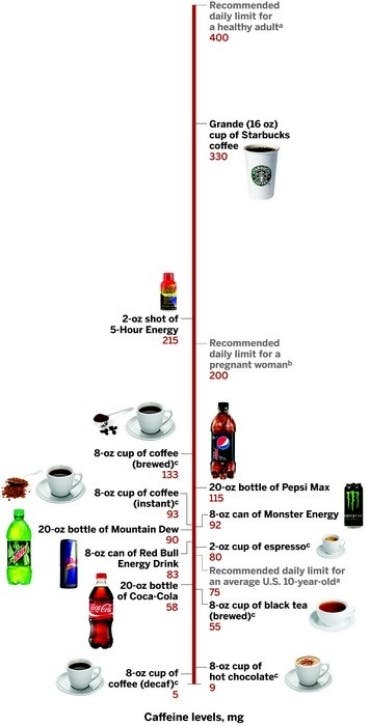 When Matthew Penbross woke on a morning in August 2007, he wanted to be prepared. A natural desire, considering he was competing in the motocross races near Port Macquarie, Australia; to pump up and improve his reactions, he drank a few Red Bull’s, just as he usually did.

After the first race however, he wasn’t feeling so well. He started feeling sharp chest pains, but despite these, he went on to actually win a race that day; 20 minutes after that, his heart stopped. He had no history of drug consumption or family history of heart disease – but he did drink a few energy drinks almost each day.

The number of stories like this has increased greatly in the past year – as have the sales, and the concern level, sometimes with coffee instead of the energy drink.

“People often don’t understand the potential risk of these beverages,” says Bruce A. Goldberger, director of forensic toxicology at the University of Florida’s pathology labs. Caffeine is a stimulant and, when consumed at high enough levels, can have negative effects.

How much is too much

If you take the word of coffee and energy drink producers, their products are perfectly safe. Monster energy has always been a firm supporter of this idea:

“Neither the science nor the facts support the allegations that have been made. Monster reiterates that its products are and have always been safe.”

But this is pretty much just not true.

“People often don’t understand the potential risk of these beverages,” says Bruce A. Goldberger, director of forensic toxicology at the University of Florida’s pathology labs.

Caffeine safety levels are quite hard to prove. Although scientists have established the toxic dose to be somewhere around 10 g, they say that the value can fluctuate depending on how a person processes the stimulant. Caffeine is filtered and eliminated through the body at different rates depending on each one’s metabolic system. Furthermore, physiological differences, as well as differences in the way people consume caffeine, have tied FDA in knots as it has debated how to regulate the substance.

Small, occasional quantities of coffee generally pose no threat for health and are actually benefic, but once this becomes a habit, and then, an addiction – this all starts to turn around.

Those effects are extremely dangerous, especially considering how the mechanism is not exactly well understood. 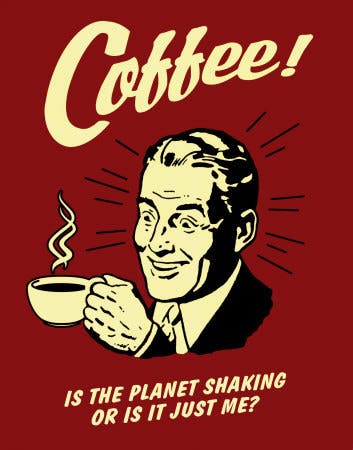 “High-dose caffeine effects are much more complex,” Fredholm explains. “It’s still unknown precisely what the primary mechanism of action is in the brain and elsewhere.”

Coffee producers will argue that the toxic level of caffeine, 10 g, is roughly the equivalent of imbibing 75 cups of brewed coffee – way over what people drink. But the toxic dose is not what you want to look at here, because it’s not the toxicity of the coffee per se that you want to avoid. There is a high variability depending on sex, other drug usage and many other factors, but the previous belief was that levels up to 600 mg of pure caffeine (four to seven cups of coffee) each day should not pose any significant danger.

A team at Health Canada, a government regulatory agency, reviewed more than 200 studies about caffeine’s effects on human health; this was the biggest study of the kind ever conducted. Their conclusions?

They concluded that 400 mg of caffeine per day (or about three 8-oz cups of brewed coffee) is a safe dose for healthy adults to consume, and below this level, the average user should not experience any health problem, and only vague psychological effects.