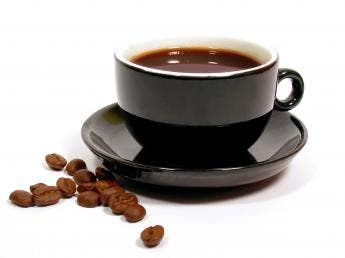 Lately, I’m feeling quite skeptical about the studies I read regarding coffee consumption, especially since it’s known that sometimes a major industry (like oil, or tobacco, or coffee) tends to… influence certain researchers to publish favorable results. I just recently wrote about how 9 out of the top 10 climate change deniers are influenced by Exxon Mobil. But this doesn’t mean that this is the case here – just explaining why the dose of skepticism.

Jingmei Li, PhD, of the Karolinska Institutet in Stockholm claims that women who drink five cups of coffee per day may reduce the risk of breast cancer. She found that drinking this (huge) amount of coffee per day reduces the risk with about 20%.

“The 20% decrease in risk associated with drinking five or more cups of coffee a day was statistically significant only when adjusted for age,”

When she took into account other factors, such as education, alcohol drinking and hormone therapy use, she found a 57% reduction in risk for cancers known as estrogen-receptor negative cancers. The scientific world hasn’t produced many replies to this study, except for Shumin Zhang, MD, ScD, a researcher at Harvard Medical School, who said that:

Which doesn’t bring much to the table. If you ask me, this could just be a correlation with the lifestyle, or some other factors, or (why not) just pure randomness, because 20% for all groups is not that big of a difference. The researchers from Karolinska Institutet evaluated coffee drinking and breast cancer risk in 2,818 patients with breast cancer and 3,111 study participants who did not have breast cancer. Even she doesn’t seem convinced, stating that

“It is unclear if this observation was a chance finding” .

Still, if you’re a woman, and you drink more than 5 cups of coffee per day, know that you have a reduced risk of breast cancer; and also know that you’re probably gonna have serious heart issues.