Closed chest defribillators (the type of defribillators you see on TV) have been around for decades, and for a good reason – because they get the job done. They’re very effective at restoring normal heart rhythm, but they have a big disadvantage: even with fine tuning of modern devices, they hurt like hell. Researchers now believe they can make it work using light instead of electricity, using genetically engineered light-sensitive stem cells that have been grafted to the heart.

The idea is somewhat similar to the controlled explosions which trigger avalanches – you don’t need to blow up the entire thing, you just need to hit in the strategic places – and this is where the light-sensitive cells come in.  The long term idea is to apply the technology into other major organ systems. 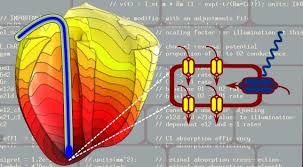 Defibrillation is a common treatment for life-threatening cardiac dysrhythmias. The heartbeat may be too fast or too slow, and may be regular or irregular – and defribillation helps in almost all severe cases. Just like in many fields, computer models did wonders here, revealing that by stimulating in the right place at the right time, much less current needs to be used, and inconveniences like external burns can become a thing of the past. Using these models, they located where to add the new light-sensitive cells, and how many must be used to achieve a desired effect.

A team from John Hopkins recently published a paper in Nature Communications where they describe such a technique based on a computer model. Another group of researchers, from Stanford, have already moved beyond modelling and are preparing to test these ideas in real tissues – and they just received a $600.000 grant to develop their work.