by Tibi Puiu
in Environment, Environmental Issues, World Problems
Reading Time: 3 mins read
A A
Share on FacebookShare on TwitterSubmit to Reddit 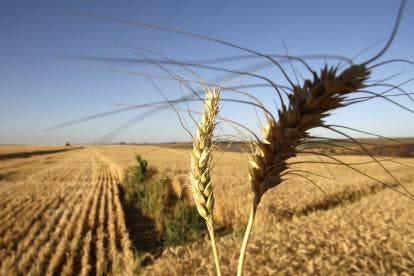 According to a new report released online by researchers of University of Minnesota, the world’s food demand is expected to double by 2050. To fill this need, the researchers argue that if one was to use inferior agricultural practices present in developing countries, then a land mass of  2.5 billion acres (1 billion hectares) would have to be cleared -roughly the size of the United States.

Because of these ever expanding clearings, greenhouse emissions are expected to grow at a directly proportional rate, especially when rainforest clearing is involved. In fact, it’s been shown that global agriculture is responsible for a third of the carbon emissions, according to David Tilman, Regents Professor of Ecology in the University of Minnesota’s College of Biological Sciences. The Food and Agriculture Organization (FAO) of the United Nations recently projected a 70 percent increase in demand. According to Tilman, either projection shows that the world faces major environmental problems unless agricultural practices change.

Besides the intake increase of carbon dioxide and nitrogen released into the atmosphere, habitat clearing means extinction for more and more species in the future, as well. The researchers’ solutions? Well, they suggest to improve crops yield through technology, which by their computations might limit the need to 500 million acres. Their second outlook is that developed countries should help the poor countries of the world feed themselves. Preferably a combination of the two would be ideal, however these don’t seem like very creative solutions at all.

Rich countries helping poor countries with food? This has been going for years and years, as foreign food aid has been delivered to poor countries in Africa and Asia, with little results. You can’t help a country feed itself, when its government doesn’t care about its people, which is sadly the case with most regimes in Africa for instance. I’ve heard countless reports of U.N. food supplies, actually, getting ransacked and then sold on the streets; see Somalia. It’s hard to teach someone how to fish when you don’t even have a rod. It’s a serious matter, with enormous deeply rooted social problems.

What about superimposed cultures? In the same manner you see parking lots save space by thinking altitude, instead of longitude, why not implement a similar system for crops? Sure, it won’t work for wheat or corn, but it will suffice for tomatoes or potatoes and so on. Inhabitat actually suggests the concept of urban agriculture, which implies building farm land on top of empty urban lots, on city rooftops and in community spaces. Heck, if a crisis situation should ensue I’d be glad to eat lab burgers.

The research was  published Nov. 21 online in the Proceedings of the National Academy of Sciences.