by Mihai Andrei
in Biology, Health & Medicine, Research
Reading Time: 3 mins read
A A
Share on FacebookShare on TwitterSubmit to Reddit

Mark Post is a vascular scientists at the University of Maastricht in Holland. His plan is to create a lab-grown hamburger, just to prove that it could be done. 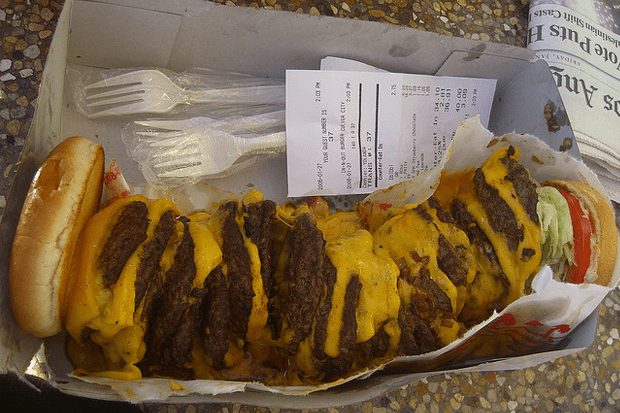 It won’t come cheap though – not by any standards. Post estimates that it will cost some €250,000 to assemble the thin layers of muscle strips packed together with some lab-grown fat. The muscle strips will come from stem cells harvested leftovers picked up from slaughterhouses.

“The first one will be a proof of concept, just to show it’s possible”, Post declared. “I believe I can do this in the coming year”.

The stem cells will be left to grow in a ‘soup’ made of sugars, amino acids, lipids and minerals until they grow up to 2.5 cm long and 1 cm wide, and so thin that you can partially see through them. Due to their thinness, some 3000 will be required to assemble a full grown hamburger. But it won’t look like an average burger, because the meat will have no blood.

This process is made harder by the fact that lab-grown strips act just like real muscle – if they aren’t exercised, they will eventually waste away. In order to avoid this, Post plans to stretch them in a Petri dish to provide additional resistance due to their natural tendency to contract.

It might be very expensive, but then again, this could be the first step towards a new generation of hamburgers, Post believes.

“This first one will be grown in an academic lab, by highly trained academic staff,” Post said. “It’s hand-made and it’s time and labour-intensive, that’s why it’s so expensive to produce.”

Also, the taste isn’t spectacular either. A Russian reporter who had the pleasure of tasting the strips wasn’t impressed by the experience; but Post explains that the matter of taste hasn’t been taken into consideration just yet.

“That’s not a trivial thing and it needs to be worked on.”

Artificial meat research is still in its infancy, and even though it is currently believed that processed meat, such as sausages might be easier to create in a lab, researchers have hope for different types of meat; one of the early goals is to make processed meats healthier, with less saturated fats and more nutrients and polyunsaturated fats.

However, in the long run, the best improvements could be the reduction of energy consumption, and the sparring of animals. Hanna Tuomisto, a food researcher, conducted an extremely interesting study which concluded that growing some of our favorite foods in vitro would use 35 to 60 percent less energy, emit 80 to 95 percent less greenhouse gases and use around 98 percent less land than normal animal meat. Given the growth of the population of our planet, this might not only become useful, but also necessary.