by Mihai Andrei
in Climate, Environment

Oceanographers believe that Antarctica‘s oceanic waters, which are turning from briny to fresh in recent decades, are causing the shutdown of the Southern Ocean’s coldest, deepest currents. 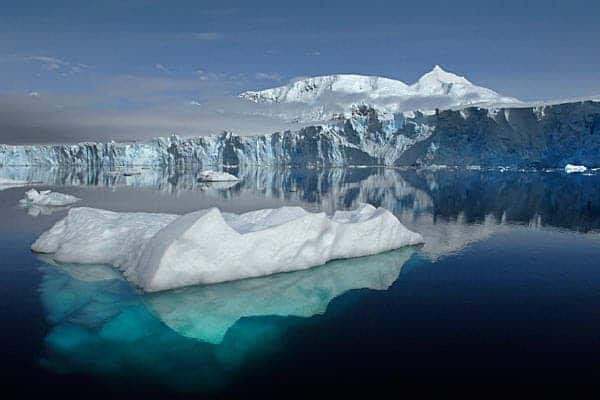 The cold currents, called the Antarctic Bottom Water, are basically cold, briny, underwater rivers flowing from the underwater edge of the Antarctic continent north toward the equator, very close to the seafloor. They carry oxygen, carbon, and many nutrients to the depths of the ocean, and play a huge role in the survival of creatures which live close to the seafloor. It has already been shown in the past years that the effects of this current are shrinking, but it was unclear if this is a man-caused, or if it is simply a natural process.

This new study concludes that Antarctica’s changing climate is to blame for the shrinking Antarctica Bottom Water. Here’s what happens, at a very basic level: we’re dealing with a global warming situation. The higher temperatures cause ice to melt, and they also cause increased precipitations (both rain and snow) in the Antarctic areas. The melting glaciers and precipitation bring a massive influx of sweet water which slowly replaces the briny, oceanic water in the area. Since the fresh and briny water have different densities and somewhat different chemical properties, this prevents the currents from taking their normal course.

“Deep ocean waters only mix directly to the surface in a few small regions of the global ocean, so this has effectively shut one of the main conduits for deep-ocean heat to escape,” said Casimir de Lavergne, an oceanographer at McGill University in Montreal.

The key part of the chain here are polynyas – natural holes surrounded by sea ice. These persistent regions of open water form when upwellings of warm ocean water keep water temperatures above freezing, acting pretty much like natural refrigerators – they absorb the cold temperatures, the water gets colder (higher density), and drops to the bottom, sending hotter water in its stead, creating a current.

But as Antarctica’s water freshened, fewer and fewer polynyas appeared – specifically because freshwater is less dense, and even if it gets colder, it doesn’t sink to the bottom. It acts like a lid, sealing off the current and shutting down oceanic circulation.

“What we suggest is, the change in salinity of the surface water makes them so light that even very strong cooling is not sufficient to make them dense enough to sink,” de Lavergne told ZME Science. “Mixing them gets harder and harder.”

De Lavergne cautioned that the heat-storage effect is localized to the Antarctica area, and it’s not connected to the so-called global warming “hiatus” – the observed slowing down of global warming, even with increased energies in the system.

“Our study is still a hypothesis,” he added. “We say that climate change is preventing convection from happening, but we do not know how frequent it was in the past, so that’s a big avenue for future research.”

However, even as just a hypothesis, this is a worrying conclusion; oceanic anoxia is not a laughing matter, and it’s just another evidence that this global warming we are causing has significant and sometimes unexpected effects all around the world.