by Mihai Andrei
in Biology, Oceanography, Physics, World Problems
Reading Time: 3 mins read
A A
Share on FacebookShare on TwitterSubmit to Reddit

Blue whales are not only the biggest living creatures in the world right now, but the biggest ever to have ‘walked’ the face of the earth; they’re also the loudest for that matter. After recovering from near extinction in the beginning of the 20th century, blue whales are finally getting a part of the respect they deserve.

However, researchers cannot understand what is causing these majestic creatures to ‘sing’ at lower frequencies year after year. No one is fully sure of all the uses of the blue whale songs, but it’s known they are used to communicate and as a mating ritual. However, ever since the 1960s, the frequencies which these giants use are getting lower and lower, without anybody being able to give an explanation. 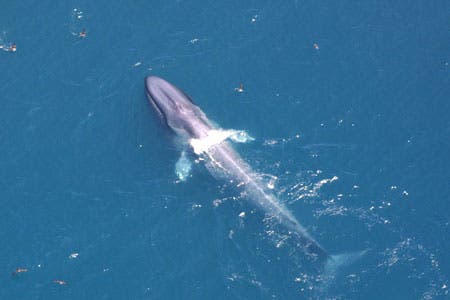 Of course, some theories have emerged, the two most likely being that it’s a direct result of the water pollution or a sign that an almost extinct population is recovering. Mark McDonald, president of Whale Acoustics, a company that specializes in recording the songs of blue whales (yeah, really) originally thought the cause could be noise pollution caused by intensified traffic; however, if this would be the case and they would want to make themselves heard louder, they would use higher, and not lower frequencies. This may be a bit weird because generally lower frequency transmissions are used for long distances, but mister McDonald explains:

Across the frequencies of blue whale song, the underwater transmission losses are nearly the same regardless of frequency. It is absorption which is the primary cause of frequency dependent transmission losses, rather than dispersion in this case, and the absorption loss only begins to become significant when ranges reach thousands of kilometers. Theory tells us the whales can produce higher amplitude songs at higher frequencies, based on given lung volume. 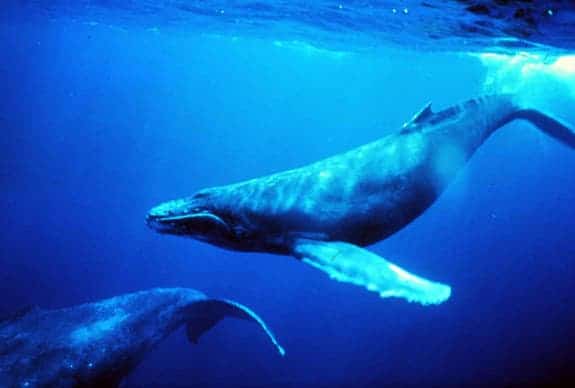 Another possible reason could be a change in the mating rituals. Scientists have long known that only male blue whales sing, and larger (which are usually more mature) specimens sing at lower frequencies. The hypothesis is that the younger guys are trying to emulate the older ones in order to attract females (that seems familiar). Either way, there are many we have yet to understand about the way these marine mammals act. The only good thing is that the blue whale populations is nearing a normal limit; let’s set this as an example for other species too, instead of treating them with less care now that they’re not on the brink of extinction anymore.