Bill Nye the ‘Science Guy’: ‘It’s not a coincidence that the creationists also deny climate change’

A famous science communicator and TV personality, Bill Nye has served the world a huge favor with his programs, books and talks in which he argues in favor of science. Over the years, however, he’s had to handle all sorts of critical situations like last year’s now famous debate against Ken Han on creationism. Most recently, Nye dropped by CBS This Morning where he talked about his new book, “Undeniable: Evolution and the Science of Creation”, and invariably found himself in need to set some things straight about climate change and, of course, creationism.

“It’s not a coincidence that the creationists also deny climate change. It’s a really important thing,” Nye told the hosts. “Just look at this morning’s stories. We have the snowstorm in the Midwest. And then we have the military building this extraordinary robot for fighting a war that maybe we’re not going to fight again. You know? We don’t have people — that’s not how wars are being conducted right now. So future generations are going to wonder what we’re up to. That’s all I’m saying.”

Indeed, a lot of people wrongly confound climate change with the weather. When it’s scorching hot outside, they feel global warming is true and when they see ravaging snow storms on TV, they raise their eyebrows in doubt. Weather is influenced by climate, but they do not represent the same thing. For instance because global warming is melting ice in arctic, the risk of extreme snow storms, like the polar vortex that wrecked havoc last year in North America, has doubled! My interpretation of Nye’s analogy between creationism and climate change deniers is that both are social issues underlined by education and lack of critical thinking. More importantly, it’s an issue of people favoring personal experience and interpretation over objective observational evidence.

Nye didn’t stray too much on climate change, however, and returned to the subject of his book: creationism. He went on to explain how he became motivated to write it following his debate with Han, which circled the whole globe.

“If we raise a generation of people, of science students, who don’t understand the fundamental idea in all of life science, then they are not going to be productive members of society. They’re not going to be critically thinking voters, and they won’t contribute as much as they could. And it’s not a coincidence.”

He’s book is intended for:

“People from 14 to 114 – I don’t want to exclude anybody. I would say people who are interested in evolution. I would be delighted if creationists managed to read the book, but my experience is that once you’re a grownup, once you’ve made up your mind, you’re not going anywhere. You will outwit yourself and justify not accepting it at every turn.”

Check out the interview below. Ironically, “Undeniable: Evolution and the Science of Creation” is the #1 best seller in Amazon’s “Creationism” section. 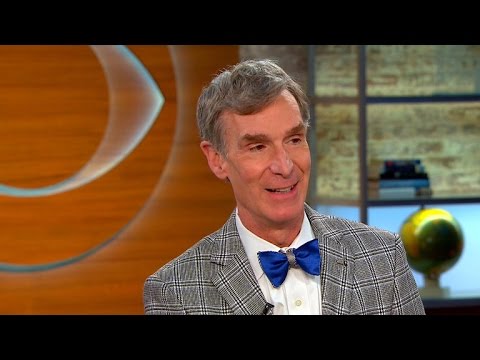