by Mihai Andrei
in Climate, World Problems
Reading Time: 3 mins read
A A
Share on FacebookShare on TwitterSubmit to Reddit

Global warming is not an abstract element, it’s not harmless, and it doesn’t apply only to polar caps; it affects the entire world, including you and me.

Taking a look at food prices 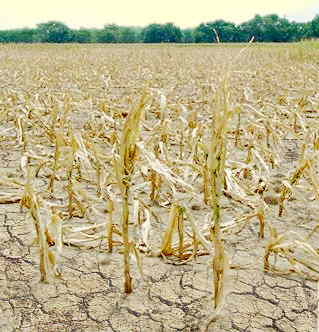 Even though mundane things tend to become cheaper and cheaper, food has become more and more expensive in the past few years, giving us a good hint about the geographical range of some crops, like corn and beans, for example, which is shrinking. A recent study conducted by the CGIAR Research Program on Climate Change, Agriculture and Food Security, a non-governmental research organization concluded that if the tendencies don’t change, this will happen quite soon. As a result, some farmers will readapt and switch to other cultures, but others will just give up – creating a disaster.

These are already serious issues in Southern Asia and Africa, but the problems will continue to escalate and they will pretty soon reach China and Latin America within two generations; this would lead to a worldwide food crisis.

Researchers used climate models to create maps which match the climatic hotspots, places where climate change is expected to hit the hardest, and where the food problems will be the most severe. A map shows “climate thresholds,” where rising temperatures would make growing certain crops untenable, while another shows densely agricultural areas that may be sensitive to temperature changes, and a third shows areas where producing food always has been problematical.

“When you put these maps together they reveal places around the world where the arrival of stressful growing conditions could be especially disastrous,” wrote the study’s lead author Polly Ericksen, a senior scientist at the CGIAR’s International Livestock Research Institute in Nairobi, Kenya. “These are areas highly exposed to climate shifts, where survival is strongly linked to the fate of regional crop and livestock yields, and where chronic food problems indicate that farmers are already struggling and they lack the capacity to adapt to new weather patterns.” 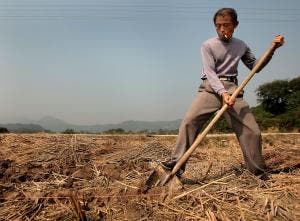 Currently, it is estimated that there are 56 million people who are food insecure, but that number is probably optimistic. This means that they live in areas where maximum temperatures are expected to rise above above 86 degrees F, a temperature where corn and beans cannot live and where rice has serious problems.

In India and the sub-Saharan regions farmers are already living on the edge and the growing season is expected to shrink by 5 percent – which will be nothing short of catastrophic for them. Almost 400 million people live in these areas.

By 2050, it is expected that the same situation will take place in northeastern Brazil and Mexico, a key place for America’s food production. Things go even deeper – aquacultures will also be affected. In the Pacific, rising acidity is threatening abalone, an already endangered sea snail coveted by dinners as a delicacy.

“Eighteen hundred parts per million is ecologically relevant in the sense that the atmosphere is expected to reach that level, but not for another several hundred years,” said Ryan Crim, a grad student who was involved in the project. “It is likely that levels as high as 1,800 parts per million CO2 can occur during isolated, short-term events.”