[VIDEO] The ISS and Atlantis shuttle as seen in broad daylight

by Tibi Puiu
in Astronomy, Remote sensing, Space
A A

Incredibly enough, using a a simple, standard issued astrophotography set-up, amateur astronomer Scott Ferguson was able to film in incredible detail the ISS docked together with Atlantis as they both orbited above him – all in clear sky, broad daylight.

How did he do this? Well, as equipment goes Scott, like I said, used a simple 20 cm (8 inch) telescope and a video camera optimized for astrophotography, but what really helped him with his en-devour was a piece of software that predicted the position and path of the two orbiting spacecraft. Seeing how the ISS is so hard to spot during daylight, this software was critical for the catch on film. 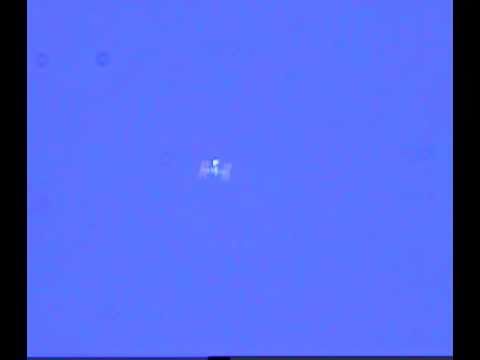 Phil Plait, who writes at Bad Astronomy, claims that during its overhead pass, when the ISS is only 350 km above the Earth’s surface, a simple pair of binoculars is enough to see it, albeit only a distinguishable dot in the skyline. With a telescope, as you’ve probably amazed yourself already in the above video, that’s something different, and for the short time Atlantis – the last shuttle mission in fact – is still docked above, maybe you can catch the same glimpse for yourself as well. You can start from heavensabove.com so you can begin timing preparations.