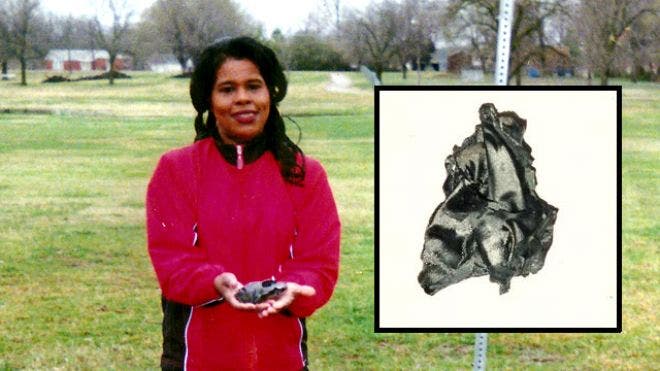 In January, 1997 Lottie Williams was strolling through a park in Tulsa, Oklahoma with her friends around 3:30 AM, when a dashing fireball appeared over the sky, much to the promenaders’ admiration. Moments later, Williams was hit in the shoulder by a small piece of fabric-like metal that weighed as much as an empty soda can. No serious injury occurred, but eventually it was proven that the women was actually hit by a piece of space debris.

First curious, but then fearful, she took the piece of space junk, as such debris from outer space are commonly referred, at her local library, before being directed to an astronomy club, Tulsa University and eventually the CORD (the Center for Orbital and Reentry Debris Studies), the last of which confirmed that it indeed came from outer space. Analysis confirming the piece of blackened, woven material to be part of the fuel tank of a Delta II rocket that had launched a U.S. Air Force satellite in 1996.

In the wake of the scheduled retirement of a defunct NASA satellite, set to plunge into the Earth this Friday, one can only ask what would happened if a person might get hit by it. NASA says there’s a 1-in-3,200 chance that someone could get hurt. NASA is currently considering the development of a high power laser capable of shooting down space debris from orbit, an ever increasingly expensive, and especially dangerous, issue for the agency.