by Mihai Andrei
in Science, Space
Reading Time: 3 mins read
A A
Share on FacebookShare on TwitterSubmit to Reddit

It’s still unclear if it was all about a stellar meal or if it was simply gas, or some other relatively unimportant phenomena that awoken the sleeping giant, but for the first time, astronomers have observed the awakening of a sleeping supermassive black hole. 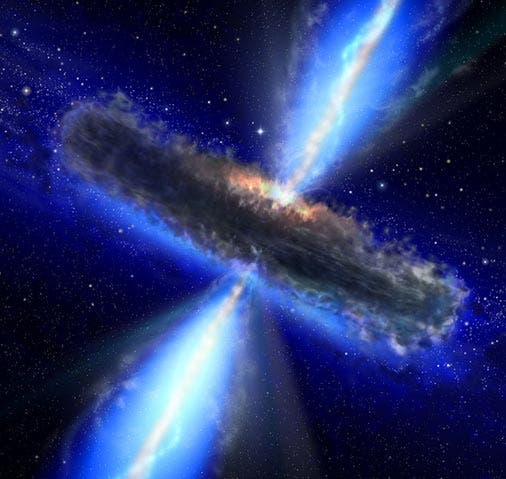 It appeared to be a day just like any other when David Burrows of Penn State University in University Park and his colleagues reported observing the burst, which continued for more than 30 days. They declined any interview, because they submitted the article to Nature and it hasn’t yet been published, so there is still a lot of uncertainty surrounding this find.

NASA’s Swift spacecraft first spotted the fireworks, surprising the effect just minutes after it took place and at first thought it was a gamma ray burst, but a gamma ray burst lasts only for a few hours. As time went on and the energetic emissions associated with the March 28 outburst continued, Burrows and his collaborators say they became convinced that a quiescent black hole – in an similar way to what you would expect from the black hole at the center of the Milky Way. It is believed that a turn on such as this can only be the cause of a massive stellar meal, but since there is so little we still understand about it, researchers cannot make any conclusions.

What they do believe, however, is that as the food source went faster and faster towards its center, the black hoel started emitting x-rays stronger and stronger. Even this is not certain however, as alternative theories have been proposed, even though they appear less likely.

How to wake up a black hole 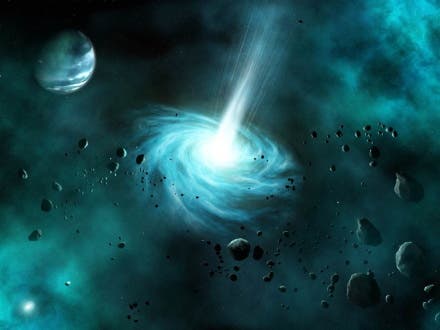 “The paper makes a very convincing case that a massive black hole was indeed activated,” comments theorist Zoltán Haiman of Columbia University. Monitoring the star for several years should reveal the origin of the fuel, he adds. If the black hole swallowed a single star, the jet will dim, but if the object suddenly gained access to a large reservoir of gas, the jet could stay bright for more than a thousand years.

An interesting (but unpleasant to hear about) scenario was theoretized by astronomers: the possibility of the supermassive black hole at the center of our galaxy to wake up in the same way. In the case of that event, the Earth would experience a jet 40 times stronger than any solar flare ever recorded, and would be heavily ionized, significantly harming life on the face of the planet. However, researchers say there is absolutely no need to be alarmed about this, because the odds are astronomical.