Weird black hole is the sole survivor of its galaxy

Some black holes are just meant to survive, regardless of what they go through. This is probably the case with the HLX-1 black hole, 20.000 times more massive than the Sun, which is practically floating on the outskirts of a galaxy. 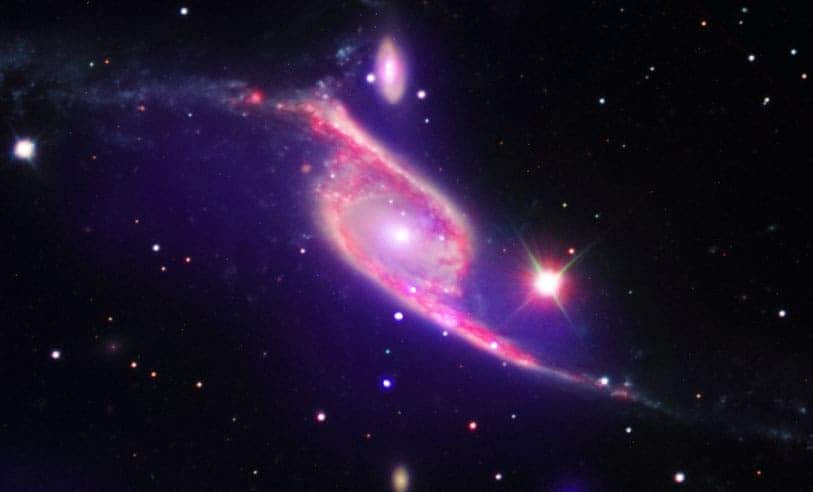 The problem with this supermassive black hole is that judging by its size, should be at the center of a galaxy and not on the outskirts; the only logical conclusion they could draw was that it somehow survived whatever catastrophic event destroyed its galaxy.

Hubble also detected large amounts of energetic blue light coming from the black hole’s accretion disk, generating X-Rays. But aside from this normal radiation, researchers also spotted something which shouldn’t be there: cooler, red light.

HLX-1 was probably formed in a dwarf galaxy that once orbited ESO 243-49. But we live in a dog-eat-dog galaxy, or better said, a galaxy-eat-galaxy; and when the dwarf galaxy came too close to ESO 243-49, the galaxy practically wiped off all its surrounding stars, leaving the exposed black hole. HLX-1 may now be following the same fate as its parent galaxy, slowly getting sucked into ESO 243-49.