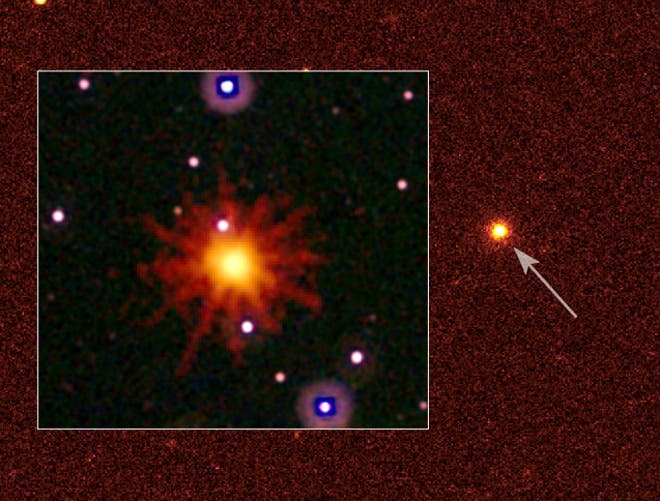 On the 28th of March the Swift telescope observed a peculiar gamma-ray blast in a distant corner of the visible universe, some 3.8 billion light years away, bewildered astronomers around the world. The powerful blast is theoretically caused, scientists say, by a black hole located in the center of the distant galaxy whose gravity tore apart a massive star which strayed too near. This happens all the time, however, the peculiar phenomena is linked to gamma-ray blast duration.

Typically, a gamma-ray burst last 30 seconds in average, but the one in question has been at it for 11 days now, still glaring. Also, as opposed to the the typical case, this fascinating cosmic blast seems to pulsate light, fading and then sparkling in repetitive intervals.

“It’s either a phenomenon we’ve never seen before or a familiar event that we’ve never viewed in this way before,” says Andrew Fruchter of the Space Telescope Science Institute in Baltimore.

“Tidal disruption of a star by a black hole seems very plausible,” says Andrew MacFadyen of New York University. The blast’s duration “is much longer than anything we’d naturally expect from [explosive] collapse of a single star,” which is the traditional model for producing a gamma-ray burst, he says.