by Tibi Puiu
in Remote sensing, Space
Reading Time: 3 mins read
A A

The sun has been extensively studied by astronomers for the last 50 years. While previous research suggested that the the sun is slightly  sun bulged a bit around the middle , making it very slightly flying-saucer shaped,  new measurements however taken by a satellite  suggest that its shape is the closest to that of a perfect sphere in nature. 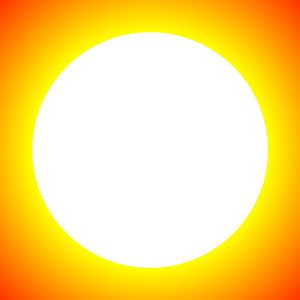 Previously, a variety of different instruments and techniques have been used to measure the shape of the sun. Mainly, previous attempts to fully describe the sun were mainly concentrated on its period of rotation, which is of 28 days. However,  rotation that occurs beneath the visible surface of the sun wasn’t that well taken into account, so estimates had the sun  with a very slight bulge. In reality, this bulge is non-existent.

The new research from University of Hawaii astronomers uses data gathered by the Helioseismic and Magnetic Imager (HMI) instrument onboard the Solar Dynamics Observatory satellite (SDA), which is currently on a five-year long mission of studying how the sun and its magnetic field influences Earth. Since the sun doesn’t have any atmosphere, the SDA was able to take remarkably detailed and precise photographs of the surface of the sun from all angles.

Previous measurements suggested that the exact measurements of the sun may fluctuate with conditions such as its sunspot cycle and solar turbulence or magnetism. However, the SDA has found that this ins’t true. While solar conditions are susceptible to variable change, its size is not!

“For years we’ve believed our fluctuating measurements were telling us that the sun varies, but these new results say something different. While just about everything else in the sun changes along with its 11-year sunspot cycle, the shape doesn’t,” said team leader and first author of the study Jeffrey Kuhn.

More precisely, were the sun the size of a 1-meter in diameter ball, precise measurements have concluded that  its equatorial (horizontal) diameter would only be 17 millionths of a meter longer than its north-south. That’s less than the width of a human hair. This makes the sun the closest natural form to the perfect sphere, discovered thus far.

Findings were reported in the journal  Science Express.