Life on the ISS has its ups and downs, its perks and downsides; but in February, something which seemed a fantasy two decades ago is about to happen: the first private spaceship will ‘visit’ the International Space Station, marking the start of a new era in spaceflight. 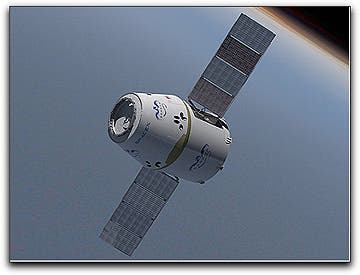 The private spaceflight company SpaceX plans to launch its unmanned Dragon capsule to orbit Feb. 7 atop the firm’s Falcon 9 booster from Cape Canaveral Air Force Base in Florida. The capsule will carry food, clothes, and other basic supplies for the station.

We’re excited about that,” NASA astronaut Don Pettit told SPACE.com in an interview Wednesday (Jan. 4) from the station. “Anytime you have a visiting vehicle coming by, that’s an exciting day.”

Dragon’s flight, which is partially funded by NASA will be the first in a series of many planned for the upcoming years. After remaining docked for about a year, it will separate itself and start its journey back to Earth, where it will be picked up after landing in the Pacific ocean.

“While our first missions to the ISS will be to transport cargo, both Falcon 9 and Dragon were designed to ultimately transport astronauts,” SpaceX officials wrote in a Dec. 15 update. “Every trip we make to the ISS from this point forward gets us closer to that goal.”