Apophis meteorite will buzz nearby Earth tonight – no reason to worry

The Apophis meteorite was named after an Egyptian demon of destruction, and for good reason – every now and then, it keeps buzzing our planet, a little to close for comfort. 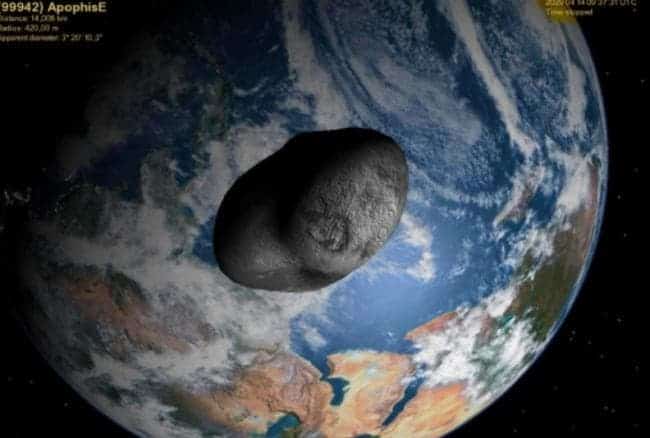 The 275 meter object will pass at about 15 million km away from the Earth – the Moon, for example is much closer, at only 400.000 km. Scientists have ruled out any possibility of a collision, so there’s really no reason to worry – instead, it promises to give some remarkable views and increase our knowledge on close passings of asteroids, ultimately preparing us for any potential future impacts.

However, Apophis will pass by Earth again in 2036 – but much closer. At only 30.000 km, it will be about as close as some of our satellites – which is indeed a reason for worry. Should it would collide with Earth, Apophis would generate a blast equivalent to over 500 megatons of TNT – 9 times bigger than any bomb detonated on our planet. A course of collision for 2036 still hasn’t been ruled out.

“Scientists haven’t been able to rule out an impact yet,” Dr Hugh Lewis from the University of Southampton said.

But even if it is on course for Earth, even today, we have the possibility to prepare for this.