by Mihai Andrei
in Alien life, Biology, Geology
A A

Ok, so big news on the horizon: alien life forms have been found in a meteorite that recently crashed in Sri Lanka, on December 29, bringing along a new perspective on how we view the origin and movement of life. But… have they really? 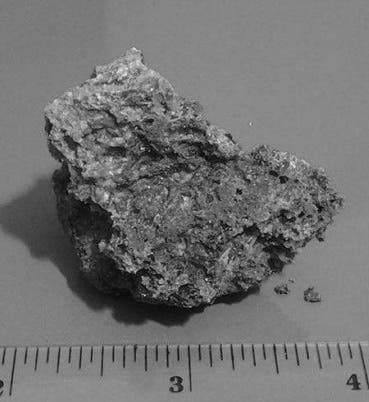 Well, sorry to burst your bubble ladies and gentlemen, but in the words of the immortal Carl Sagan, great claims require great evidence, and this paper simply does not provide it. The first thing that popped to mind was the lead author: Chandra Wickramasinghe; not that there’s something special or negative about him or anything, but he actually submitted a similar paper earlier this year, in January. Just like that one, this one is lacking on several ends.

First of all, he doesn’t effectively prove that the samples are in fact from the claimed meteorite event – in fact, they don’t prove the samples are from meteorites at all; and most important of all, they can’t eliminate the risk of contamination. The samples were picked off the ground, and diatoms are everywhere on the ground. Even if the samples are from that particular meteorite, it took a few days before they were collected, and how are you gonna ensure that they weren’t contaminated? You pretty much can’t, at least not with the kind of test this team did.

Furthermore, no opinion of an outside expert is obtained; no information whatsoever from outside their own lab – this is not something you want to do when attempting a paradigm shift. That’s not to say that this is bad science – not at all. It provides a valuable input, but the paper is suggestive rather than conclusive. For example, one method they used to check if the sample is a meteorite was an oxygen isotope analysis. Basically, if you take a sample of rock from the Earth, and a sample from Mars, and a sample from an asteroid – you’ll get different oxygen isotope ratios. Wickramasinghe’s team did this analysis, and found the ratios from their sample differ from the Earth standard ratio, and then exclaimed:

“We conclude that the oxygen isotope data show [our samples] are unequivocally meteorites”.

Right? Wrong! Just think about carbonates – molecules very rich in oxygen that quickly form on a sample sitting on the ground. Carbonates will change the oxygen isotope ratio, and can make an ordinary rock look extraterrestrial. There are ways to get rid of carbonates before analyzing the sample, like say washing the samples in a solution of acetic or hydrochloric acid that dissolves them (standard procedure), but the team doesn’t mention such a process at all! Arguably, they conducted it and forgot to mention (despite the fact that prepping the samples is quite detailed in the paper), but even so, even if they did everything right, it still doesn’t show “unequivocally” that the samples are meteorites.

As a geologist, what strikes me the most is that they didn’t conduct a mineral analysis; this is the most basic, and perhaps the most relevant test you can make when trying to determine whether a rock is terrestrial or not. You take a very thin slice of it, look at it through a microscrope and figure out its geologic past – a trained eye will tell you in no more than a couple of hours if its terrestrial or not.

Contamination – I’m not even gonna go there. Not even a single control test for diatom contamination is not what you want to do.

So there you have it. There may very well be extraterrestrial diatoms that wondered on our planet via meteorite, but then again, just as likely, they may very well be contaminated, or the samples might just be terrestrial. No paradigm shift yet – not with this study.