Searching for extraterrestrial life is no longer a dream, but a reality, and researchers are beginning to significantly narrow down the places where we should search. From our solar system, on top of the list are Mars and Mercury, surprising as that might be, followed by one of Saturn’s moons, Titan. Outside our solar system, the only thing we know which might come close is an explanet called Gliese 581g, located some 20 light years outside our solar system. 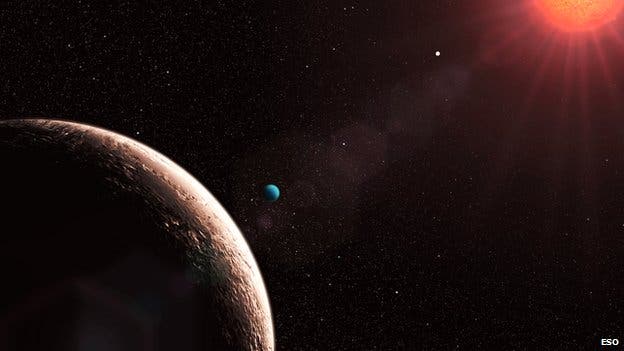 Astronomers and exobioloigsts have managed to find a way to measure a planet’s similitude with Earth, thus finding out what chances it has of harboring life, be it bacteria, other microorganisms, or even other, larger aliens. In order to do this, they created two different scales. The first one is called the Earth Similarity Index (ESI) and it tests the similarities between the planet in case and Earth in a traditional fashion, because, from our planet is the only one we know that harbors life, so searching there makes sense.

“As a practical matter, interest in exoplanets is going to focus initially on the search for terrestrial, Earth-like planets,” explained study leader, Dirk Schulze-Makuch, an astrobiologist at Washington State University, in a statement. “With that in mind, we propose an Earth Similarity Index which provides a quick screening tool with which to detect exoplanets most similar to Earth.”

But the researchers also take into consideration another scale, which suggests we should search for more than Earth-like planets: the Planetary Habitability Index (PHI), which analyzes several physical and chemical parameters which might host life in extreme conditions not found here on Earth.

“Our proposed PHI is informed by chemical and physical parameters that are conducive to life in general,” Schulze-Makuch and his colleagues write in a paper published in the journal Astrobiology. “It relies on factors that, in principle, could be detected at the distance of exoplanets from Earth, given currently planned future (space) instrumentation.”

Indeed, limiting the search only to Earth-like planets narrows it down pretty much, and we need to have as many options as possible in this enterprise.

“Habitability in a wider sense is not necessarily restricted to water as a solvent or to a planet circling a star,” the paper’s authors write. “For example, the hydrocarbon lakes on Titan could host a different form of life. Analog studies in hydrocarbon environments on Earth, in fact, clearly indicate that these environments are habitable in principle. Orphan planets wandering free of any central star could likewise conceivably feature conditions suitable for some form of life.”