Earth-like planet may not exist 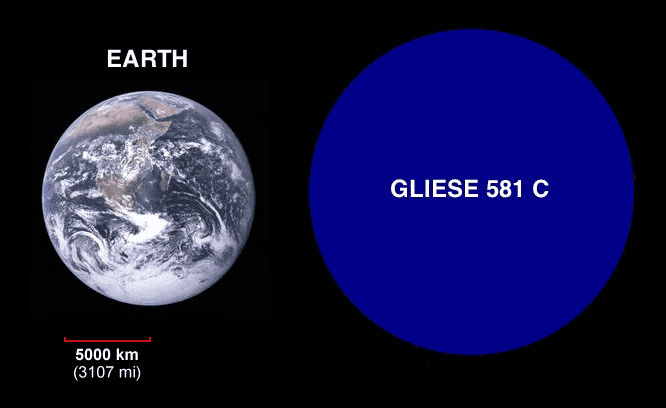 After an exciting discovery of a habitable earth-like planet, skepticism settles back in as a second team of scientists casts some doubt on the claim. Nicknamed Gliese 581 g, the planet in case stirred up the scientific world, promising to be the holy graal of exoplanets after it was discovered by Steven Vogt of the University of California, Santa Cruz, Paul Butler of the Carnegie Institution of Washington in DC, and their colleagues.
However, a second team of astronomers have looked in their own data and failed to find anything suggesting the existence of Gliese.

“We easily recover the four previously announced planets, “b”, “c”, “d”, and “e”. However, we do not see any evidence for a fifth planet in an orbit of 37 days,” said Francesco Pepe of the Geneva Observatory in Switzerland.

He presented his team’s results at the International Astronomical Union symposium in Turin, Italy. The two teams worked with data collected by HARPS, an instrument mounted on a telescope in the European Southern Observatory in Chile. Vogt and Butler’s team reached the results they did by combining 119 star velocity measurements from HARPS with 122 measurements taken with a similar instrument called HIRES (located in Hawaii). Pepe on the other hand used some extra data, and examined some 180 star velocity measurements collected by HARPS, which is significantly more than what Vogt and Butler used. So where does this leave our habitable planet ?

Gliese may or may not exist. Even though Pepe foundno evidence of it’s existence, they cannot rule out the possibility that it exists.

“We are not trying to prove the nonexistence of a planet,” Pepe says. “It’s really difficult to prove that something does not exist. We are just saying we do not see a significant signal that is really different from noise.”

This paper raises some serious questions about the discovery. Steven Vogt, who didn’t attend the astronomy symposium did not want to make any comments before he analyzes this new data. But he did tell New Scientist that he is not the least bit surprised by this turn of events.

“I am not overly surprised by this as these are very weak signals, and adding 60 points onto 119 does not necessarily translate to big gains in sensitivity,” Vogt told New Scientist.

He also confirmed the trust he has in the paper he previously published – and with good reason.

“I feel confident that we have accurately and honestly reported our uncertainties and done a thorough and responsible job extracting what information this data set has to offer,” Vogt added. “In 15 years of exoplanet hunting, with over hundreds of planets detected by our team, we have yet to publish a single false claim, retraction, or erratum.”