by Tibi Puiu
in Space
Reading Time: 3 mins read
A A
Share on FacebookShare on TwitterSubmit to Reddit 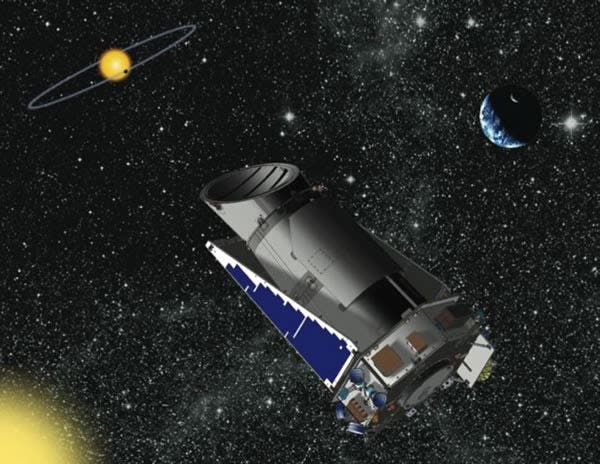 Dire news came today. Astronomers, and people dreaming of life beyond our solar system alike all over the world, are morning the loss of the Kepler – the space telescope tasked with discovering exoplanets capable of supporting life. One of the telescope’s wheels failed and as such, the telescope can’t stabilize its gaze on a particular position. For now, it’s been put in standby, but realistically speaking the chances of restoring the telescope are very dim.

The $600 million Kepler mission was launched in 2009, and since then it has confirmed  132 planets and spotted more than 2,700 potential ones. Of these confirmed planets, several have been identified as being the so-called “Goldilocks zone”, meaning they’re located on an orbit around their parent stars where conditions necessary for harboring life are possible – primarily the right temperature for sustaining liquid water. The likeliest Earth-like planet found by Kepler is actually a planetary pair, which was discovered just last month.

Bottom line, Kepler has fundamentally altered our view of the Universe and how alien planets form in the Milky Way. Before Kepler there were so many blank spots that one could speculate just about anything. We’ve  now garnered a much deeper and solid understanding of how planets form and just how common they are beyond our solar system – indeed, it turns out most stars have planets orbiting around them, and quite a few of them can be classed as Earth-like.

“Tears are coming to my eyes on and off,” said UC Berkeley astrophysicist Geoff Marcy, a co-investigator on the Kepler mission. “I really think this telescope was a gift to our civilization.”

Since Kepler orbits the sun, mechanically repairing it on-site is out of the question.  Engineers on the ground are trying to restart one of Kepler’s faulty wheels or find a workaround, and if this doesn’t work the telescope could be used for other purposes if it can no longer track down planets. To be fair, the telescope’s 3.5-year-long mission officially ended in 2012, but NASA agreed to keep it running through 2016 at a cost of about $20m a year.

“We have some history with these wheels by this manufacturer, that they have a limited lifetime,” Grunsfeld said.

“Kepler’s not in a place where I can go up and rescue it,” the former astronaut said. Still, he added, “I wouldn’t call Kepler down and out just yet.”

ZME folks, let’s all hope for the best. Kepler, you’ve been wonderful!