by Tibi Puiu
in Alien life, Discoveries, Space
A A
Share on FacebookShare on TwitterSubmit to Reddit

The ever resourceful Kepler mission has recently unveiled several new possible Earth-like planet candidates, two of whom are favored by scientists with the best odds yet of supporting alien life.

The pair actually orbits around the same star, called Kepler 62, after NASA’s Kepler spacecraft, which is smaller and dimmer than our own star. Kepler 62 is some 1,200 light years away, in the constellation Lyra,  and hosts a total of five recognized planets, but only two of them – Kepler-62f, a rocky world just 1.4 times bigger than Earth and  Kepler-62e, which is 1.6 times larger than Earth – are well within the Goldilocks band of habitable planets. This band signifies that any rocky planet in this orbit is within the temperature threshold allowing for liquid water to form and flow on the surface – a must have prerequisite for supporting life.

As such, the two planets circle their star at distances of 37 million and 65 million miles, about as far apart as Mercury and Venus in our solar system. What’s important to note is that both worlds are rocky and in a way resemble our own solar system pair of hospitable planets – Earth and Mars, the latter once being host to liquid water on its surface billions of years ago.

“This is the first planet that ticks both boxes,” Dr. Charbonneau said, speaking of the outermost planet, Kepler 62f. “

While nobody knows what the two exoplanets look like, a separate modeling study published in the Astrophysical Journal suggests they’re both probably water worlds covered by endless, uninterrupted global oceans. This statement is far from being flawless and should be taken as nothing more than an educated guess, at best.

“There may be life there, but could it be technology-based like ours? Life on these worlds would be under water with no easy access to metals, to electricity, or fire for metallurgy,” lead author Lisa Kaltenegger, of the Max Planck Institute for Astronomy and the Harvard-Smithsonian Center for Astrophysics, said in a statement.

“Nonetheless, these worlds will still be beautiful blue planets circling an orange star — and maybe life’s inventiveness to get to a technology stage will surprise us,” she added.

In another system, Kepler-69, scientists have also found a super-Earth in the habitable zone, announced at the same NASA conference that presented the most viable Earth-like pair to date. The planet, Kepler-69c, is 1.7 times larger than Earth and is regarded as an important find since it orbits a parent star very similar to our own, 2,700 light-years away. So far, it’s the smallest Earth-like planet found to orbit a star of similar mass and brightness to the sun, as other similar findings were made of planets several times the mass of Earth. Researchers believe that a planet with mass closer to that of Earth is more likely to host life.

The team of 60 authors, led by Mr. Borucki, reported the discovery in an article published online in the journal Science.

Embedded below is the full video press conference where the new exoplanets were announced and described. It’s an hour long, but it’s really worth it if you have the time. 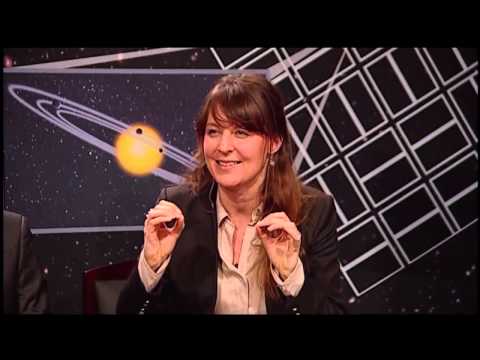