Trick or treat? I'm dressed as a habitable planet.

Trick or treat? NASA’s Halloween gift really is something everyone should be excited of. Astronomers have discovered a trove of 20 planets, some of which seem very Earth-like.

The findings were made by the Kepler telescope and feature several planets orbiting stars much like our Sun. Their orbits vary between 18 and 395 Earth days, with the 395-day planet being one of the most promising candidates. It’s 97 percent the size of Earth, but a bit farther from its star, meaning it’s almost certainly colder. This would translate into more Arctic or tundra-like areas, but all things being equal, it would still be able to hold liquid water — the main prerequisite for life as we know it.

All planets are between 20 and 50 percent larger than Earth by diameter, and all of them orbit the M dwarf star K2-72 some 181 light years away. K2-72 is an M-type star that is approximately 27% the mass of and 33% the radius of the Sun. Its name comes from being the 72nd star discovered by the K2 (2nd Kepler) mission.

Kepler employs the transit method, which involves detecting dips in brightness in stars (as one planet passes between its star and the telescope, there’s a dip in luminosity). These dips in brightness can be interpreted as planets whose orbits move in front of their stars from the perspective of Earth.

Scientists are “between 70 and 80 percent” certain that these are solid Earth-like candidates. The main cause of uncertainty is the long orbit time of these planets. All the data comes from the original Kepler mission, which means that we’ve only seen these planets once or twice, and the signal could be a bit wobbly. Having more data points from other observatories could allow researchers to confirm these planets. Even if they turn out to be fake, such errors allow researchers to calibrate their data for future measurements.

“I believe that this is a much improved catalogue so I’m eager to explore it further,” says Abel Mendez, director of the Planetary Habitability Lab at Arecibo Observatory. 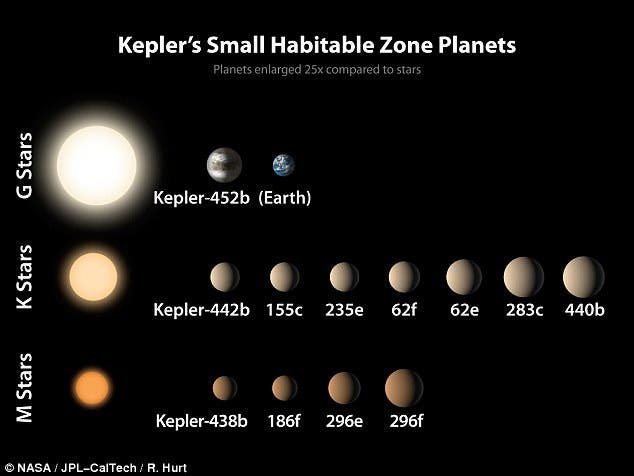 So far, the Kepler telescope has done an amazing job. Kepler is a space observatory launched by NASA to discover Earth-size planets orbiting other stars in 2009. The NASA mission has discovered over 4,000 potential planet candidates, some 2,300 of which have been already confirmed by other observations. Out of these, 21 are Earth-sized and in the so-called habitable zone. Data from the Kepler telescope is publicly available, open for anyone to access. As researchers comb through it more and more, we can almost certainly expect more exciting findings.