1 in 5 stars may have Earth-sized planets

by Mihai Andrei
in Alien life, Astrophysics
Reading Time: 4 mins read
A A
Share on FacebookShare on TwitterSubmit to Reddit

A statistical analysis of observations based on the Kepler telescope indicates that 20 percent of all stars in the Milky Way host earth-sized planets, a significant part of which could potentially be habitable.

Habitable planets in the Milky Way

NASA’s Kepler telescope is crippled – it’s reached the end of its four year mission, but it provided an immense amount of useful data for astronomers who want to find out just how many Earth-like planets are in our galaxy. Given that 1 in 5 planets have are rather similar in size to our own, it seems safe to assume that at least a big part of them are also in the habitable area.

“When you look up at the thousands of stars in the night sky, the nearest sun-like star with an Earth-size planet in its habitable zone is probably only 12 light years away and can be seen with the naked eye. That is amazing,” said UC Berkeley graduate student Erik Petigura, who led the analysis of the Kepler data.

Exoplanet discovery is a field that has advanced exponentially. The first exoplanet was discovered in 1989, and until 1992, two others were announced. However, it took 3 more years before another was reported, and in early 2005, less than 15 exoplanets had been discovered. As of 1 November 2013, a total of 1038 confirmed exoplanets are listed in the Extrasolar Planets Encyclopaedia, including a few that were confirmations of controversial claims from the late 1980s.

“It’s been nearly 20 years since the discovery of the first extrasolar planet around a normal star. Since then, we have learned that most stars have planets of some size orbiting them, and that Earth-size planets are relatively common in close-in orbits that are too hot for life,” said Andrew Howard, a former UC Berkeley post-doctoral fellow who is now on the faculty of the Institute for Astronomy at the University of Hawaii. “With this result, we’ve come home, in a sense, by showing that planets like our Earth are relatively common throughout the Milky Way Galaxy.”

Earth-sized does not mean habitable 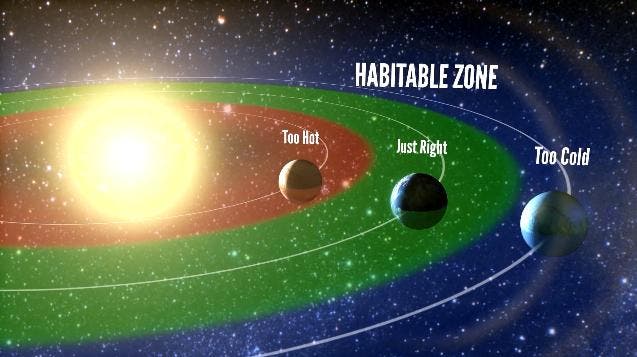 Currently, astronomers have a pretty volatile definition for what ‘habitable’ means – as I told you in this article. Planetary habitability is the measure of a planet’s or a natural satellite’s potential to develop and sustain life – basically, at the moment, it is a measure of how much a planet features the same conditions as Earth, because right now, those are the only ones that we know for sure can sustain life. In determining the habitability potential of a body, researchers estimate its density, mass, distance from its star, size of the star, orbital properties, atmosphere, and potential chemical interactions. The possibility of so many Earth-sized planets existing is absolutely thrilling, even though a big portion of them are not habitable.

“For NASA, this discovery is really important, because future missions will try to take an actual picture of a planet, and the size of the telescope they have to build depends on how close the nearest Earth-size planets are,” Howard said. “An abundance of planets orbiting nearby stars simplifies such follow-up missions.”

Even if a planet is similar in size to Earth, and even if it lies in the habitable zone, where it’s not too hot and not to o cold, that doesn’t mean that it has life.

“Some may have thick atmospheres, making it so hot at the surface that DNA-like molecules would not survive. Others may have rocky surfaces that could harbor liquid water suitable for living organisms,” Marcy said. “We don’t know what range of planet types and their environments are suitable for life.”

However, good news also came from Howard, Marcy and their colleagues reported that one Earth-size planet discovered by Kepler — albeit, a planet with a likely temperature of 2,000 Kelvin, which is far too hot for life as we know it — is the same density as Earth and most likely composed of rock and iron, like Earth.

“This gives us some confidence that when we look out into the habitable zone, the planets Erik is describing may be Earth-size, rocky planets,” Howard said.