When we started putting satellites on orbit, few could have pondered the idea of space junk, and even fewer would have guessed that a time will come when we will have to clean up after our spatial enterprises. But the time came, and really soon, and space junk is a real problem. This is why Swiss researchers announced their plans for creating a ‘janitor’ satellite to get rid of the orbiting debris. 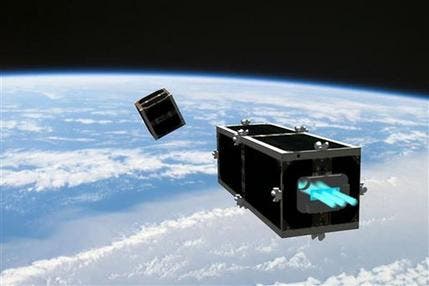 The 10-million-franc ($11-million) satellite called CleanSpace One is currently being built in Lausanne and it will be launched in 3-5 years, if nothing out of the ordinary happens. This is quite a necessary measure, because according to NASA there are currently 500,000 pieces of spent rocket stages, broken satellites and other debris flowing at speeds of about 28,000 kilometers per hour, fast enough to damage or even destroy pretty much every mission we can launch at the moment.

“It has become essential to be aware of the existence of this debris and the risks that are run by its proliferation,” said Claude Nicollier, an astronaut and EPFL professor.

Such a solution was quite needed, and who can be better for this job if not the Swiss?