ISON – the comet of the century – caught on film by spacecraft

If you remember, a few weeks ago I reported on the ISON comet,  discovered just last year, but which is already hailed as possibly the “comet of the century”. If the ISON comet won’t collapse during its closest approach to the sun, its trail will be so bright and massive that  it will become visible to the naked eye during the day, and as bright as a full moon during the night – all for a few years too!

Recently,  NASA’s Deep Impact spacecraft has acquired its first images of comet C/2012 S1 (ISON) after it surveyed the space body over a 36-hour period on Jan. 17 and 18, 2013, from a distance of 493 million miles (793 million kilometers). A short video footage of the comet swirling through the solar system can be seen below. 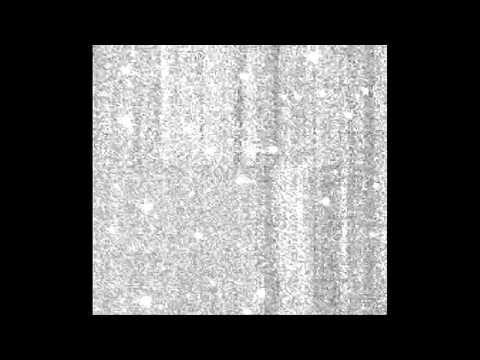 “This is the fourth comet on which we have performed science observations and the farthest point from Earth from which we’ve tried to transmit data on a comet,” said Tim Larson, project manager for the Deep Impact spacecraft at NASA’s Jet Propulsion Laboratory in Pasadena, Calif. “The distance limits our bandwidth, so it’s a little like communicating through a modem after being used to DSL. But we’re going to coordinate our science collection and playback so we maximize our return on this potentially spectacular comet.”

The comet already has a 64,000km-long tail of dust and gas that will become visible to the naked eye later in the year, in November. This, of course, if it does not brake down during its closest flyby from the sun – a distance of not much more than a million km from the Sun’s surface.

It’s believed ISON, like most long period comets of its kind, originated from the Oort cloud – a giant spherical cloud of icy bodies located far away in the outer rim of our solar system. Every once in a while, bodies from the cloud get disturbed out of their established orbit by a passing star of a combination of gravitational effects produced by other stars and large massed bodies in the Milky Way. Once a comet gets a nudge, it soon begins an arching plunge toward the inner solar system in a journey that might take thousands of years before it vanishes.

The ISON was discovered just last year by two Russian astronomers using the International Scientific Optical Network’s 16-inch (40-centimeter) telescope near Kislovodsk. If this “sungrazing” comet survives intact, it should emerge from the near-miss even brighter than before, and could be lighting up our skies through January 2014 – perhaps even in broad daylight.