by Mihai Andrei
in Inventions, Space
Reading Time: 2 mins read
A A
Share on FacebookShare on TwitterSubmit to Reddit 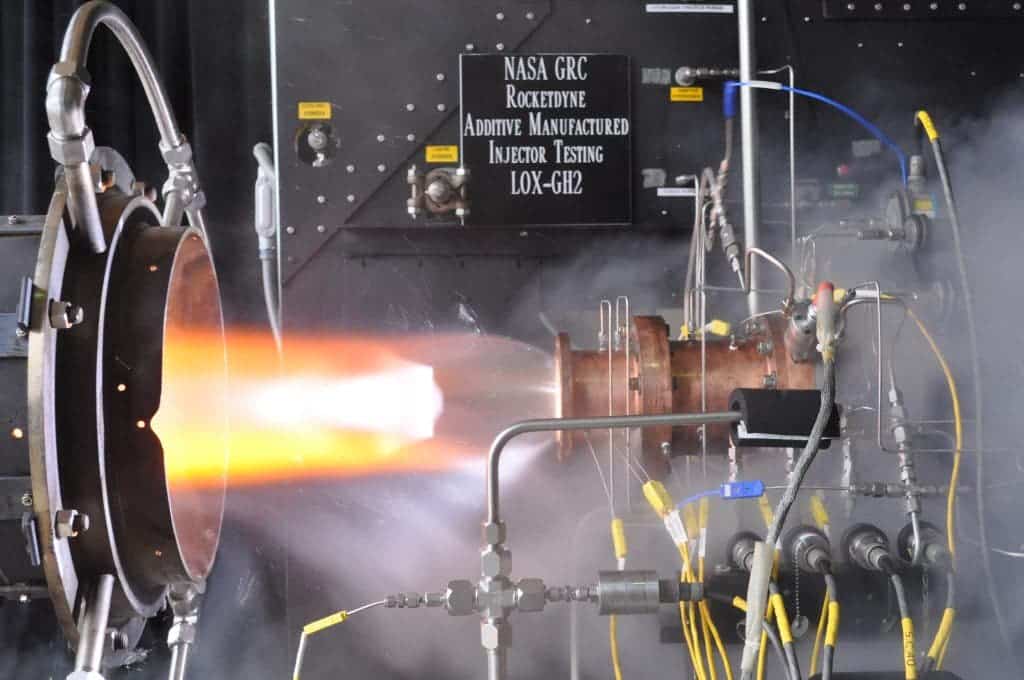 3D printing is pretty much what it sounds like – it is a process of making a three-dimensional solid objects of virtually any shape from a digital model. Adopting the technique even in a delicate industry such as space flight, where a single glitch can spell catastrophe, is definitely a big breakthrough – a sign that NASA has absolute trust in the technique and the people behind it.

The series of tests evaluated the ability to design, manufacture, and run a critical rocket engine component using selective laser melting manufacturing technology – a method which involves high-powered laser beams which melt and fuse fine metallic powders into three dimensional structures. The industry standard term is laser sintering – but you won’t meet that term too often.

“NASA recognizes that on Earth and potentially in space, additive manufacturing can be game-changing for new mission opportunities, significantly reducing production time and cost by ‘printing’ tools, engine parts or even entire spacecraft,” said Michael Gazarik, NASA’s associate administrator for space technology in Washington. “3-D manufacturing offers opportunities to optimize the fit, form and delivery systems of materials that will enable our space missions while directly benefiting American businesses here on Earth.”

The tests went fine and dandy – no problem was reported. But the main thing is the efficiency. With conventional methods, it would take about a year to make this injector, but with 3D printing, it took less than 4 months – and for only 30 percent of the cost! That’s huge – and this is just the beginning.

The project is supported by the Game Changing Technology Program in NASA’s Space Technology Mission Directorate – basically the space agency’s department of innovating, developing, testing and flying hardware which NASA will use in future missions.