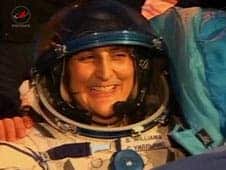 The Soyuz TMA-05M spacecraft, currently the only shuttle capable of carrying astronauts on and off the International Space Station returned to earth with Commander Suni Williams and Flight Engineers Yuri Malenchenko and Aki Hoshide; they landed in Kazakhstan.

The return of the three astronauts wraps up a trip that lasted 127 days, and cemented Williams’ position as the woman who spent the most time in space – 322 days during her two space missions.

Russian Soyuz Commander Malenchenko completed his fifth spaceflight for a total of 642 days in space, placing him seventh on the all-time list, There are currently only three people onboard the ISS, but three more engineers are scheduled to board the space station.