If you think that the recent outbreak of tornadoes are bad, boy are you in for a shocker. An international team of researchers from the Max Planck Institute for Extraterrestrial Physics has found that enormous storms of molecular gas are sweeping entire galaxies, destroying everything they come across until they wipe the galaxy clean. 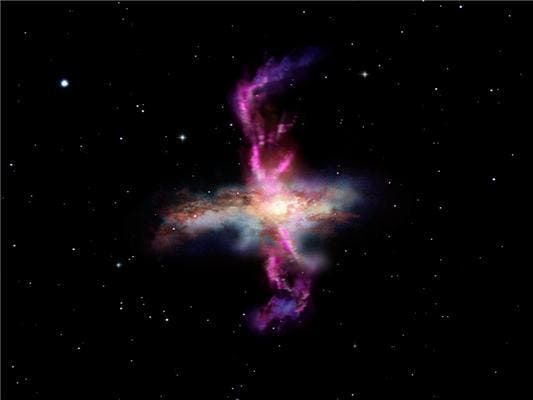 Some of these galactic storms have speeds of up to 1000 kilometres per second, which is a thousand times more than what hurricanes have on Earth. Observations show that the more active galaxies have faster winds which basically blow away the entire gas reservoir in a galaxy, thus inhibiting the formation of new stars and the growing of the central black hole. This is the first information researchers have had about galactic winds, which play a very important role in the evolution of galaxies.

The distant and therefore yourger part of the universe, most galaxies are way more active than the Milky Way; it is commonly accepted that gas-rich galaxies merge, thus triggering stellar formation in what is called a starburst galaxy. This is also associated with the growth of the supermassive black hole at the center of the galaxy.

However, this process often seemed to just shut down, for no apparent reason. Astrophysicsts scrambled trying to find what could cause such an unbelievable stop of growth in such a short timespan, but there seemed to be no result.

Blowing in the wind 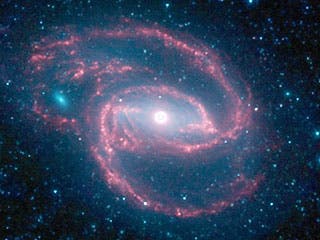 The answer to the riddle came rather unexpectedly, in the form of the powerful winds I was telling you about, which blow gas outwards from the center of the galaxy; it does seem kind of counterintuitive for the winds to blow from the center, but they are powered up by newly formed stars or shocks from stellar explosions, and they have enough energy to remove virtually all the gas supply from the galaxy, putting a stop to the very processes that created them, in an ultimate self-destruction act.

“Outflows are key features in models of galactic formation and evolution, but prior to our work no decisive evidence of their active role in such processes had been gathered,” explains Eckhard Sturm from the Max Planck Institute for Extraterrestrial Physics (MPE).

Sturm has been leading studies that estimate the outflow of these gigantic winds, and even estimated the quantity that is eliminated.

“By detecting outflows in cold molecular gas from which stars are born, we can finally witness their direct impact on star formation,” Sturm adds. “Star formation stalls as the gas supply is blown out of the centres of the galaxies with a rate of up to a thousand solar masses per year.”

Even though this study is not definitive, it definitely pins down some suspects regarding the driving force behind these outflows. From this point of view, galaxies seem to fall into two categories:

However, in order to confirm these theories, researchers will have to analyze a much bigger set of data, but due to Herschel incredible sensitivity, that is not really a big problem.