A star is born [great pics] 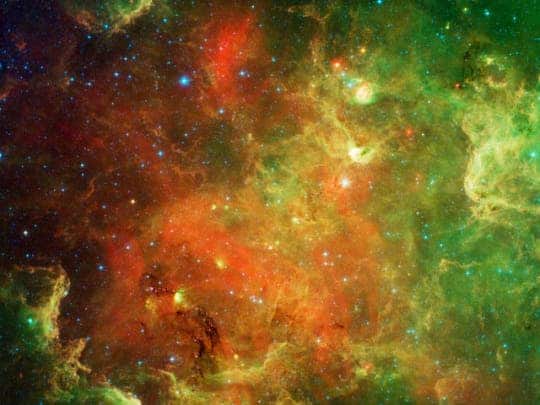 The nebula you are looking at is known as the North American nebula, and the pictures were taken with the Spitzer telescope, using an infrared vision; researchers still have some unanswered questions about the group of massive stars thought to be dominating the nebula. The lower left of this first image shows the “baby” stars in the complex, no older than a million years. 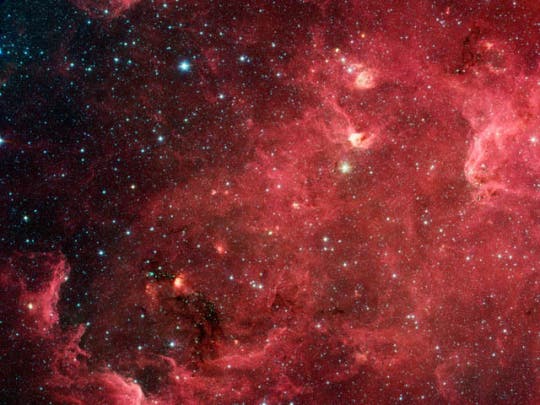 Scientists have calculated that the North American nebula is some 1.800 light years away, in the Cygnus constellation, which makes it a fave for (amateur and professional) astronomers, because it’s in a rich and interesting region, it’s not so far away, and can be observed for most of the year from the Northern hemisphere. But the whole region looks very differently when viewed through Spitzer. 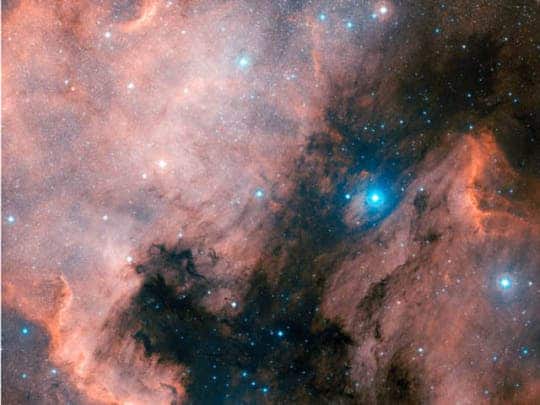 Stellar formation starts with the gravitational collapse of a molecular cloud; gravity collapses the cloud (or a part of it), with the collapse itself creating heat energy. This piece then condenses due to the heat and pressure and forms what is called a protostar. 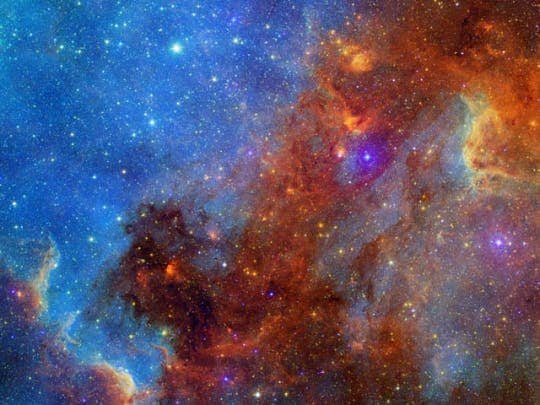 This is a turning point for the protostar. If it doesn’t gather enough mass, it will eventually cool off and become a brown dwarf. 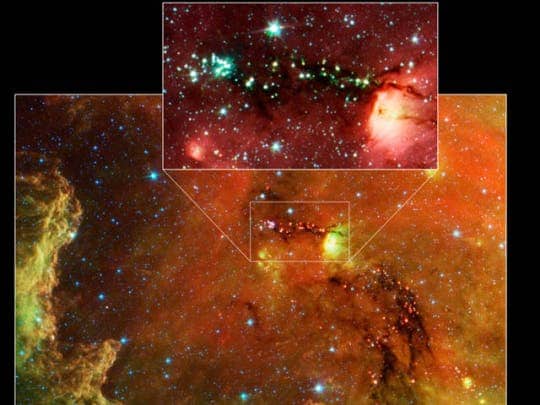