A short guide to NASA’s Curiosity equipment and lingo

by Mihai Andrei
in Alien life, Space, Space flight
Reading Time: 4 mins read
A A
Share on FacebookShare on TwitterSubmit to Reddit

With the Mars rover Curiosity due to land this weekend, it can be a real drag following NASA’s everyday lingo, which sometimes seems to resemble Martian more than English. Processes have nicknames, parts have nicknames or acronyms, and if you want to know if MSL will nail the EDL for example, you have to learn the talk.

Even NASA’s engineers and researchers admit the language is sometimes tiring and complicated, but necessary. 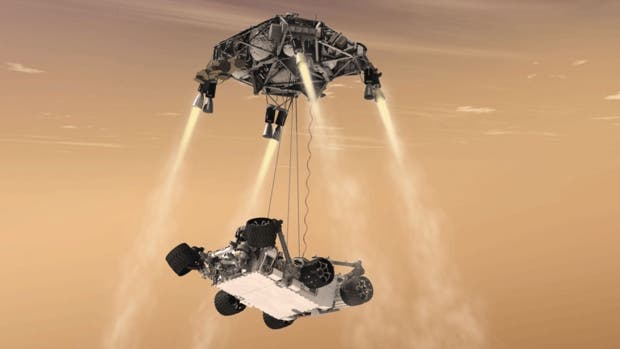 “It’s kind of our own slang,” explained Michael Watkins, mission manager of NASA’s $2.5 billion Mars project set to land on Sunday night. “It’s a shorthand way to talk about these very complicated systems.” He added: “Even folks from other missions have no idea what we’re talking about.”

Let’s start with the basics: inside NASA’s Jet Propulsion Laboratory (JPL), it’s called MSL – which is short for Mars Science Laboratory. Spacecrafts typically have such names, only to be renamed following contests sponsored by NASA. The previous Mars Rovers, Spirit and Opportunity that landed in 2004 were known as as MER-A and MER-B for the longest time (MER is shorthand for Mars Exploration Rover). Interestingly enough, Curiosity didn’t get this nickname until 2009, when the name was proposed by a sixth-grader from Kansas.

Curiosity, which is about as big as a jeep, contains the most sophisticated instruments to study Mars’ environment – most of which have, of course, sophisticated names. For example, ‘Mastcam’ refers to the pair of 2-megapixel color cameras on the rover’s “head”. “SAM” – short for Sample Analysis at Mars, is the mobile chemistry lab designed mostly to sniff for carbon samples, which would hint at life on Mars. “ChemCam”, as you probably guessed, stands for ‘chemistry’ and ‘camera’, but what you probably didn’t know is that it could also act as a rock zapping laser. As for “Rad” – no surprises there, that’s the radiation detector. 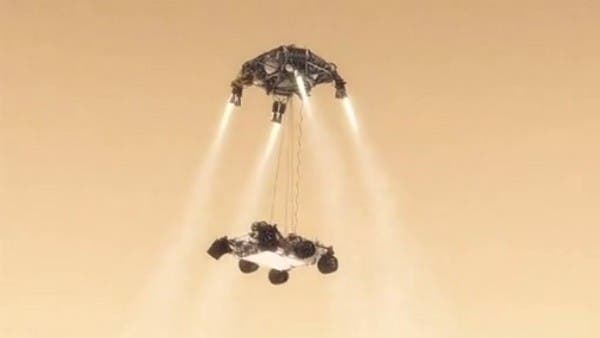 But before Curiosity can put its sophisticated equipment to work, it must first survive EDL: entry, descent and landing, or how NASA has come to put it: the seven minutes of terror. NASA will receive signals from the shuttle through the DSN, or Deep Space Network, a worldwide network of antenna dishes that communicates with interplanetary spacecraft.

“It takes some time to pick it up,” said Ken Farley, a professor at the California Institute of Technology who is participating on his first space mission.

The dizzying terms take a while to get used to, but as JPL scientist Deborah Bass, who worked on that mission explained, it’s important to talk precisely and concise, but it’s also important not to alienate fans.

“We’re so jazzed about what we do,” Bass said. “We can forget that not everybody has the same fundamental background as we do.”

A field trip to Mars 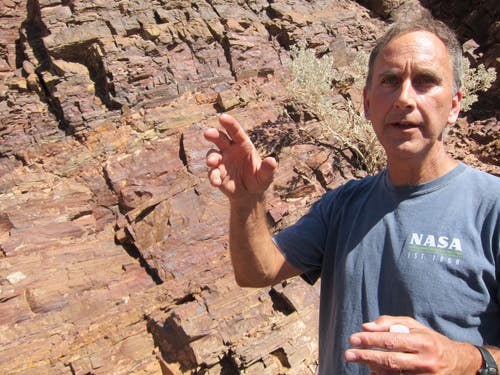 Geologist John Grotzinger is leading a march up a mountain near Death Valley, probably the most similar environment to Mars we can find here on Earth. He brings staff members (engineers, astrophysicists, etc) to that desert, to smash rocks with geologists’ hammers, and get a general overview of the geological setting of the red planet.

“Until you’re actually staring at a rock outcrop and walking around it, you don’t have the intuition of what this rover’s going to do on Mars,” said Ashwin Vasavada, one of Grotzinger’s two deputies, recalling a 2008 field trip. “He would ask us, ‘If you were the rover, where would you drive? Where would you point your camera? How would we, as a team, explore this particular site, if this was what was in front of us on Mars?’ “

As I’ve already told you, only three days remain until the ‘seven minutes of terror’ – now you should know what this means – and we’ll definitely keep you posted with any events or facts that will take place until the land.