by Mihai Andrei
in Alien life, Astrophysics
Reading Time: 4 mins read
A A
Share on FacebookShare on TwitterSubmit to Reddit
ADVERTISEMENT
ADVERTISEMENT

Some astronomers have long believed that an ocean might lurk beneath Pluto’s ice, heated by isotopes undergoing a radioactive decay – but we’ll have to wait until 2015 to know for sure. 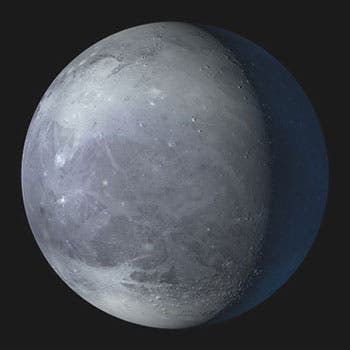 The New Horizons spacecraft is set to visit Pluto less than four years from now, and it will map the surface of the planetoid and its moon, Charon; aside from shape and other physical aspects, the mission might also reveal something that has been puzzling some for years: is there an ocean under Pluto’s ice?

Planetary scientists Guillaume Robuchon and Francis Nimmo, both of the University of California at Santa Cruz want to find out if this is the case really bad, and they are focusing on the type of signs which such an ocean would produce on the surface. They modeled the thermal evolution of the small ex-planet and studied the behavior of the shell to see how it would be affected in the case of an existing ocean. Ironically enough, the most visible feature would appear if there was no ocean at all.

What happens is that as planets and other celestial bodies spin, their angular momentum tends to push material towards the equator, forming a bulge; but if Pluto has a liquid layer, then the ice would flow, reducing such a protrusion.

“If the bulge is present, it will be about 6 miles (10 km) high, so it should be readily detectable,” Nimmo said.

Launched in 2006, the mission has every chance to reach Pluto in April 2015, where it will also study any atmospheric make-up, temperature, and the way solar wind reacts to this planetoid.

It might seem like madness to search for liquid water in a planet four times further from the Sun than our planet, but the radioactive decay might give away just enough energy and heat for that; other signs look good too. The main radioactive element in this case would be potassium – just give Pluto enough radioactive potassium and you will have a liquid ocean. Guess what? The amount of potassium required for this would be about a tenth of that found in meteorites from the early solar system.

“I think there is a good chance that Pluto has enough potassium to maintain an ocean,” Nimmo said.

So, it’s obvious that Pluto is way out off the habitable zone, and still, the stubborn planetoid has every chance of harboring water (sidenote: I hate calling it a planetoid, can’t we just go back to planet?); could it host life? 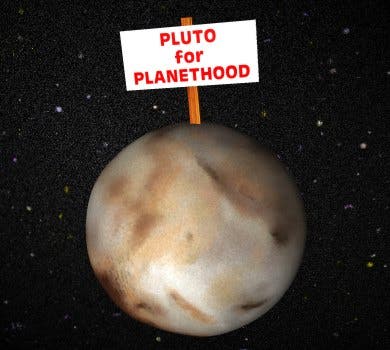 As intriguing and surprising that option might be, the answer is most likely ‘no’. The organic nutrients necessary for life are probably long gone by now; but if by some totally unexpected and unlikely cosmic accident they would be there, it has every chance. Still, regardless of this, it’s obvious that we have to broaden our belief about habitable areas. After Jupiter’s moons Europa, Ganymede, and Callisto may each contain a sea under their icy surfaces, and Saturn’s moon Titan also shows hints of an underground water ocean. 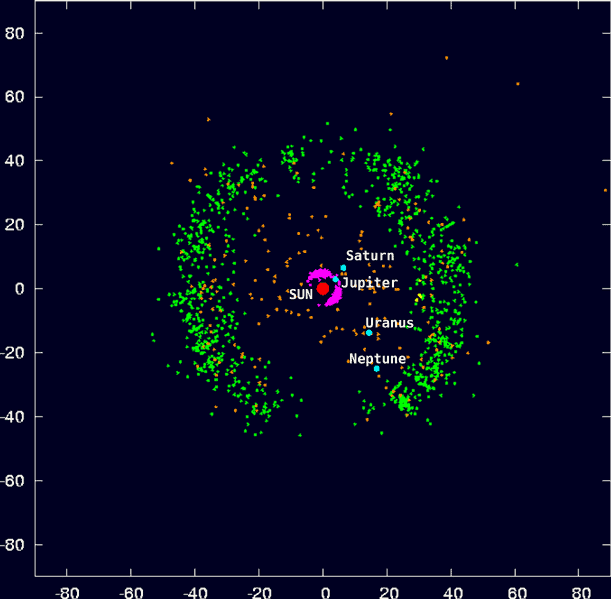 Even more interesting are the objects in the Kuiper belt – a structure similar to the asteroid belt between Mars and Jupiter, which have similar conditions to Pluto, but also probably have necessary nutrients for life. Life on other planets or celestial bodies seems closer and closer every day.