The findings could reveal the location of the missing matter of our universe.

by Tyler MacDonald
in Astronomy, Astrophysics, Discoveries, Science, Space
Reading Time: 3 mins read
A A
Share on FacebookShare on TwitterSubmit to Reddit

A team of NASA-funded astronomers from the University of Michigan has discovered that the hot gas in the Milky Way’s halo is spinning in the same direction, as well as at a similar speed, as its disk. 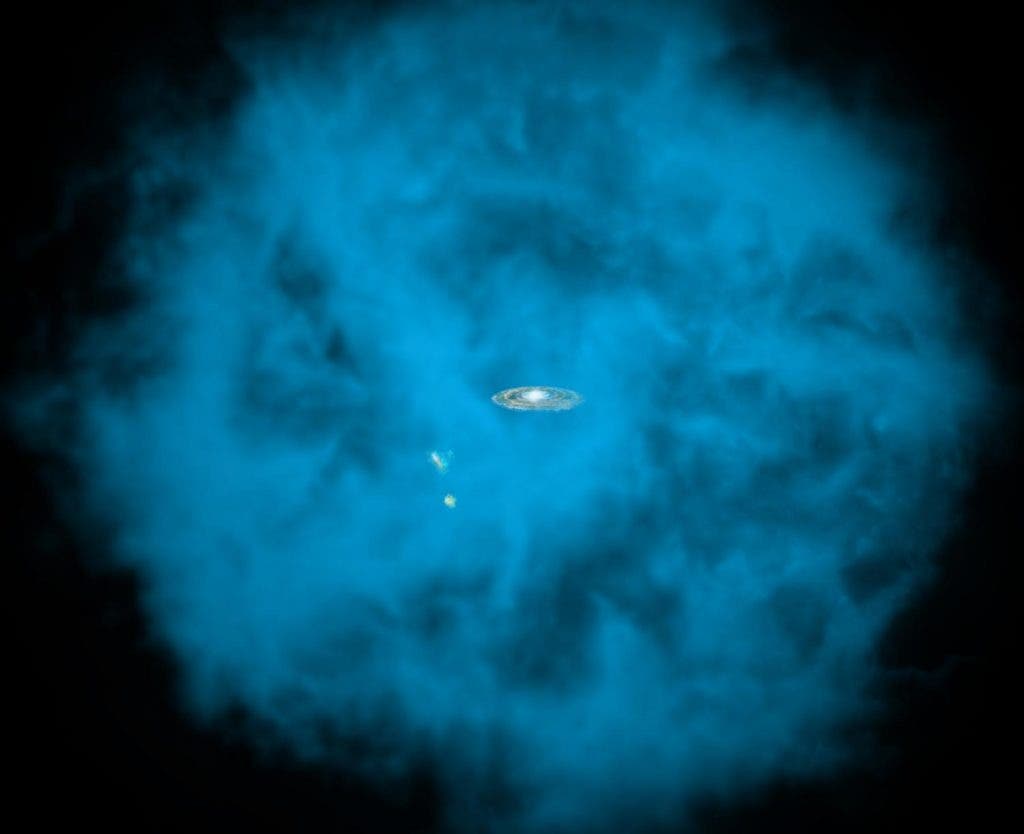 The Milky Way’s disk contains our stars, planets, gas and dust, and the findings from the new study shed light on how stars, planets, and galaxies such as our own form from individual atoms.

“This flies in the face of expectations,” said Edmund Hodges-Kluck of the University of Michigan and lead author of the study. “People just assumed that the disk of the Milky Way spins while this enormous reservoir of hot gas is stationary – but that is wrong. This hot gas reservoir is rotating as well, just not quite as fast as the disk.”

The study used data from the European Space Agency’s (ESA’s) XXM-Newton telescope to examine the nature of the Milky Way’s gaseous halo, which is composed of ionized plasma and is several times larger than its disk.

Motion creates shifts in the wavelengths of light and using lines of hot oxygen, the team was able to pinpoint these shifts. These shift measurements revealed that the our galaxy’s halo spins in the same direction as its disk, as well as at a similar speed – the halo spins at approximately 400,000 miles per hour compared to the disk, which spins at around 540,000 miles per hour.

“The rotation of the hot halo is an incredible clue to how the Milky Way formed,” Hodges-Kluck said. “It tells us that this hot atmosphere is the original source of a lot of the matter in the disk.”

The data could help scientists better understand the nature of dark matter, the mysterious undetectable matter that is believed to make up around 80 percent of the universe, as well as the other missing “normal” matter that appears to be missing from galaxy disks. The answers to these missing matter mysteries could lie in the gaseous halos of the universe’s many galaxies.

“Now that we know about the rotation, theorists will begin to use this to learn how our Milky Way galaxy formed – and its eventual destiny,” said Joel Bregman, a professor of astronomy from the University of Michigan and senior author of the study. “We can use this discovery to learn so much more – the rotation of this hot halo will be a big topic of future X-ray spectrographs.”