The Skypunch – not a fancy anime combat move, but just as awesome

"Skypunch" is the colloquial name of a phenomenon known as a Fallstreak hole - a large circular or elliptical gap that can appear in cirrocumulus or altocumulus clouds.

It sounds like something Goku does when he’s having a really bad day, and looks a bit like a hole the mothership left after it passed through the clouds.

They’re round, spectacular, they’re freaky. One of the rarer cloud phenomena out there, Skypunches are also undeniably beautiful.

But what exactly are they, and how do they form?

“Skypunch” is the colloquial name of a phenomenon known as a Fallstreak hole – a large circular or elliptical gap that can appear in cirrocumulus or altocumulus clouds.

When the water vapors that form clouds are cooled below their freezing point, but they do not have a suitable nucleus -such as pollen, a dust or even volcanic ash particle- to adhere to and form ice crystals, they do not solidify. This is known as supercooling: 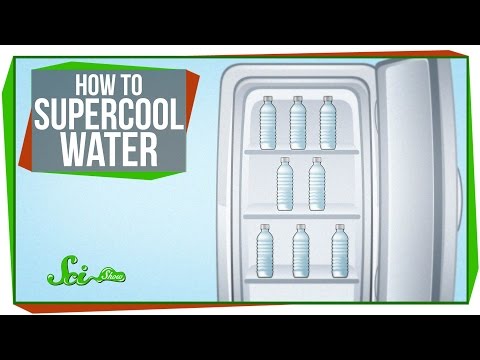 When the vapor is in supercooled state, all that it takes is for a few ice crystals to form setting off a domino effect, due to the Bergeron process, causing the water droplets around the crystals to evaporate: when this happens naturally, it leaves a large, circular hole in the cloud, centered around the area of first crystallization.

Elongated Fallstreak holes are associated with air traffic; ice crystals can be formed by passing aircraft which often have a large reduction in pressure behind the wing- or propeller-tips. This cools the air very quickly, and can produce a ribbon of ice crystals trailing in the aircraft’s wake.

So the next time you see a jet-trail on a particularly cloudy day, keep looking up. You might be lucky enough to see a Skypunch being delivered.